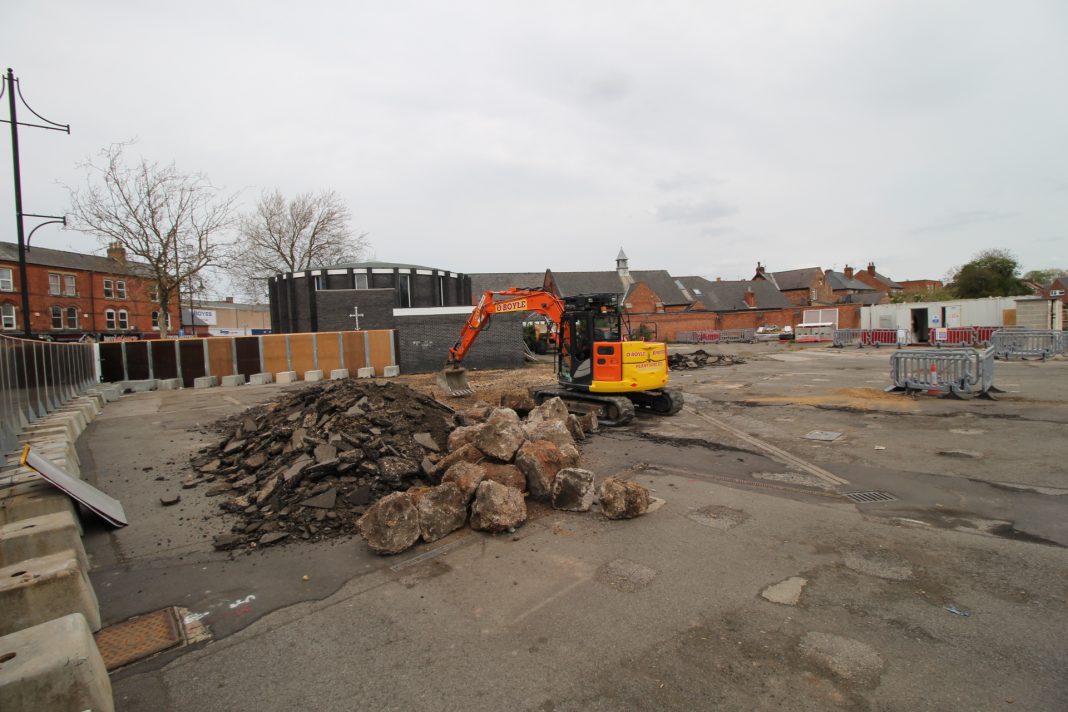 Works to build a new two storey building on the Arnold Market site have begun.

Gedling Borough Council has confirmed that contracts have been signed with developers G F Tomlinson to begin preliminary works on the site from this week.

The company will begin preparing the site by removing old hoardings and excavating the ground to start laying out the foundations for the new building.

The project in Arnold Town Centre will receive the most significant investment it has ever had with up to £4 million allocated to the project as part of the council’s plan to revitalise the centre and create a new space that will help boost visitors to the town centre and support local businesses.

The plans include the construction of a new landmark building, between the existing Methodist Church and King George V Park. A two-storey building will frame the new market place as well as create a new eastern gateway into Arnold Town Centre.

A new public space will be created as a central focal point for the Market. The new building will provide seven small outlets for local independent businesses with flexible space above, which could be used for a variety of commercial options.

Funding for this project will come from the council’s capital programme budget, boosted by a successful bid for £1.25 million from the D2N2 Local Enterprise Partnership’s Local Growth Fund that supports town centre improvements.

The project will create around 40 new jobs through business employment and through the construction of the new buildings.

The building has been designed by Maber Architects. The council is also working with local designers on the branding and naming of the building, which is likely to be announced in the next month.

The building is expected to be completed by spring 2022.