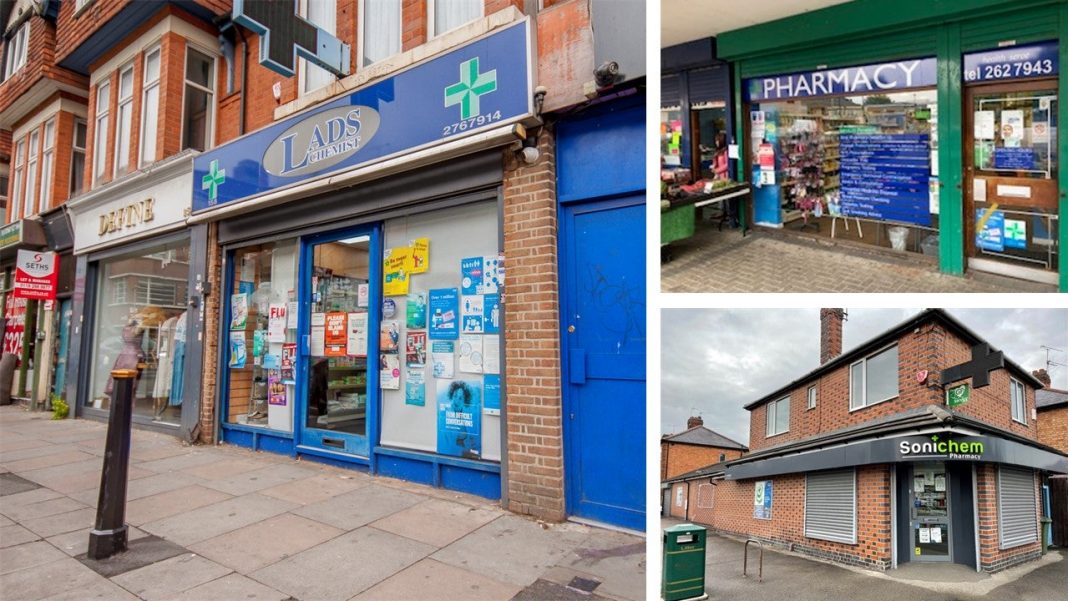 Sonichem Pharmacy in Braunstone Town dispenses an average of 18,000 items per month, trading from a modern premises with the aid of a large dispensing robot. It had been owned by Mr Pradip Mavji for nearly 40 years and was brought to market to allow him to pursue a well-earned retirement. The business has now been sold on a freehold basis to an East Midlands operator with more than 12 units.

Lads Chemist in Evington dispenses an average of 5,700 items per month. Previously owned by Mr Anil Lad for more than 30 years, this pharmacy was brought to market to aid plans to retire. The business has been sold on a leasehold basis to an experienced buyer who operates several retail and pharmacy businesses across the East Midlands.

Health Serve Pharmacy in Highfields dispenses an average of 3,800 items per month. The business, which was previously owned by Mrs Hardika Patel, was brought to market to allow for her semi-retirement after close to 15 years of ownership. The business was sold on a leasehold basis to a first-time buyer from Leicester.

All three pharmacies attracted multiple offers and completed in excess of their guide prices.

“These six completions, along with the recent sales of Sonichem Pharmacy, Lads Chemist, and Health Serve Pharmacy show, without doubt, the robust appetite for Leicestershire pharmacies. With a few exceptions, these sales attracted swift interest, multiple viewings and offers at their full asking price or above.

“The pandemic saw a slow-down in an appetite to sell, for obvious reasons, but with the burgeoning of our applicant database, and a good appetite from banks to fund the pharmacy sector, we have a perfect blend for anyone considering a sale. Leicestershire, especially, is achieving some of the best levels of interest and offers seen across the whole of the Midlands region.”