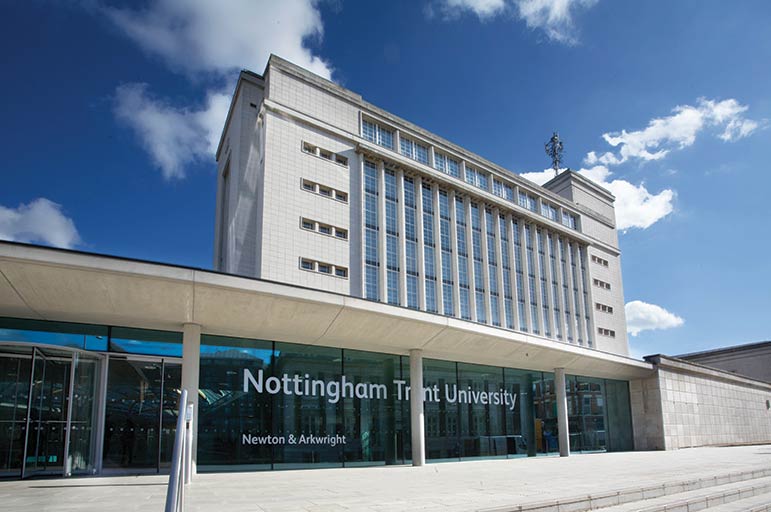 Developers of new student accommodation in Nottingham will have to pay a contribution towards new affordable housing in the city, under new proposals by the City Council.

The council has said it is receiving unprecedented numbers of planning applications to build Purpose Built Student Accommodation (PBSA), as student numbers continue to rise in the city – with more than 49,000 full time students at both universities in the 2019/20 academic year.

This has led to a significant growth in privately provided student accommodation in the city and an increase in the number of new PBSA developments being built.

Despite a further 1,350 PBSA bedspaces becoming available for this academic year (2019-20) in Nottingham, latest figures show that this is only just keeping up with demand. In previous years the increase in student numbers has been less than the increase in additional new PBSA bedspaces – creating a shortfall.

The council’s Annual Vacancy Survey of PBSA is expected to show that vacancies remain low. More PBSA developments are needed to try to deal with previous shortfall in PBSA bedspaces, meet the growing demand as student numbers increase and free up traditional shared housing for families who need them.

Purpose Built Student Accommodation is an essential part of Nottingham’s housing market – with many other housing types also being planned and built in the city – but as new schemes come forward, the City Council wants to ensure that they contribute towards the city’s affordable housing needs.

The council’s proposal seeks to help with the balance of housing types by using Section 106 agreements to require developers to make a financial contribution towards more affordable housing in the city. These agreements aim to mitigate the impact of a new development on the local community, often contributing towards health and educational services, the upkeep of open spaces and investment in transport and its infrastructure. Each financial contribution may vary depending on the size and impact of the development.

The recently adopted Local Plan, which is one of the documents planners refer to when making planning decisions, sets out the principle for seeking contributions from new PBSA for affordable housing contributions. The new Supplementary Planning Document (SPD) sets out how the City Council intends to agree S106 contributions for affordable housing from PBSA developments. If approved, planning officers and members of the Planning Committee will be able to use the SPD alongside other documents when deciding whether to allow or refuse planning permissions, and any conditions, such as a Section 106 agreement, which will apply if permission is granted.

The Local Plan currently requires that 10% of all new residential developments of between 10-14 homes be for affordable housing, and 20% from schemes of 15 homes or more. The SPD will bring student schemes in line with this same requirement for general housing by proving a mechanism to secure funding for affordable housing contributions.

Cllr Linda Woodings, Portfolio Holder for Planning, Housing and Heritage, said: “Our two universities are vital for the city’s economy in terms of both the investment they bring and the jobs they support and create, as well as helping to teach and train our future doctors, nurses, scientists and teachers.

“We understand that there’s a perception that there’s too much student accommodation in the city, but actually, we are only just keeping pace with demand. Vacancy rates in new student flats have remained consistently below 2% for the past six years, with no signs of that changing as student numbers continue to rise.

“As a council we want to ensure that, as we continue to support these new developments, they in turn help contribute and give back to the city and its residents. Nottingham is in need of affordable housing, and the financial contributions from these schemes can help us build new affordable homes for those who need them.”

A consultation on the proposals is open from the 27 May until 5 August 2020 for people and organisations to have their say on how the contributions would be calculated. More information will be available at www.nottinghamcity.gov.uk/latestplanningnews.

Revenues at Nottingham-based SourceBio International, the provider of integrated laboratory services and products, have risen as a result of Coronavirus testing. Since May 2020, SourceBio...
Read more
Appointments

Northamptonshire-based PALLITE®, a designer and manufacturer of sustainable, paper honeycomb board packaging products used in the logistics industry, has raised over £1.1million on Crowdcube. PALLITE®...
Read more

IoD appoints trio of Ambassadors in Derbyshire and Nottinghamshire

The Institute of Directors has appointed a trio of Ambassadors to its Derbyshire and Nottinghamshire team. Peter Wingrove joins as Mental Health and Wellbeing Ambassador,...
Read more
Property

Revenues at Nottingham-based SourceBio International, the provider of integrated laboratory services and products, have risen as a result of Coronavirus testing. Since May 2020, SourceBio...
Read more