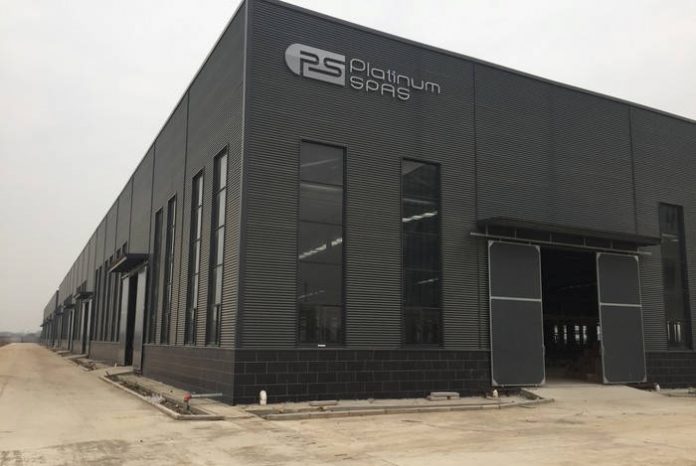 An East Midlands spa supplier has broken ground on a new 400,000 sq ft factory in China as it bolsters its international reach and footprint.

Superior Spas said the new space will be the largest hot tub manufacturing facility in the world and provide the capacity to further expand into manufacturing for other hot tub firms.

Coupled with a new distribution centre being constructed in Chesterfield, it will see the East Midlands outfit become one of the largest spa and hot tub firms in the world.

MD Robert Carlin said: “This is a very exciting time for Superior Spas and we are striding forwards with confidence as we realise our very ambitious growth plans.

“Having our own state-of-the-art manufacturing facility is a game changer for the Superior Spas brand and one that will elevate us to an international presence outside of Europe for the first time.

“This will also mean we create more jobs, bring more to the local economy at home and generate more export and import business.”

The firm expects to create 20 new UK jobs initially and hundreds of new roles in China.

Production at the factory, located in HuBei, will start in March with Superior Spas products being moved from the current manufacturer to the firm’s own factory over the course of the next 12 months.

Tess Egginton - 19th February 2020
International ballet shoemaker Freed of London is to move into new purpose-built premises in Blaby, which are to be completed this summer and will...