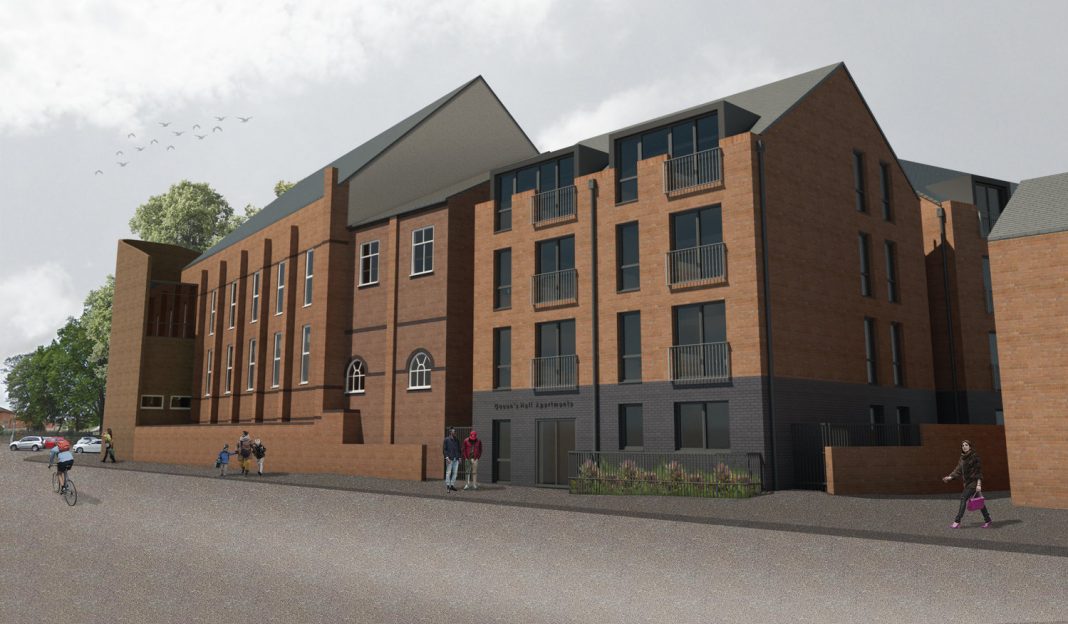 Apartment plans for Queens Hall on London Road, Derby have been approved by the city council.

Queens Hall consists of two main buildings, what was the original Methodist Hall and a place of worship and the adjacent buildings which served as an annexe (Queens Chambers), but includes a large function hall.

The Queens Chambers buildings are now used as function rooms, with two shops to the front and offices above the shops at first and second floor. To the main hall behind, there is an office used for business purposes and to the rear is a nursery. The former Methodist church is used as a dance studio.

The proposals will see 23 apartments developed in a 3.5 storey block, and the annexe building and existing extension to the former Methodist Mission demolished.

A council decision document reads: “The proposed demolition and re-development of the site for residential use would deliver high quality new housing in a highly sustainable location on edge of city centre and adjacent to major route into the city, which is acceptable in design, amenity, highway, conservation and policy terms, subject to compliance with conditions and contributions secured through Section 106 Agreement.”