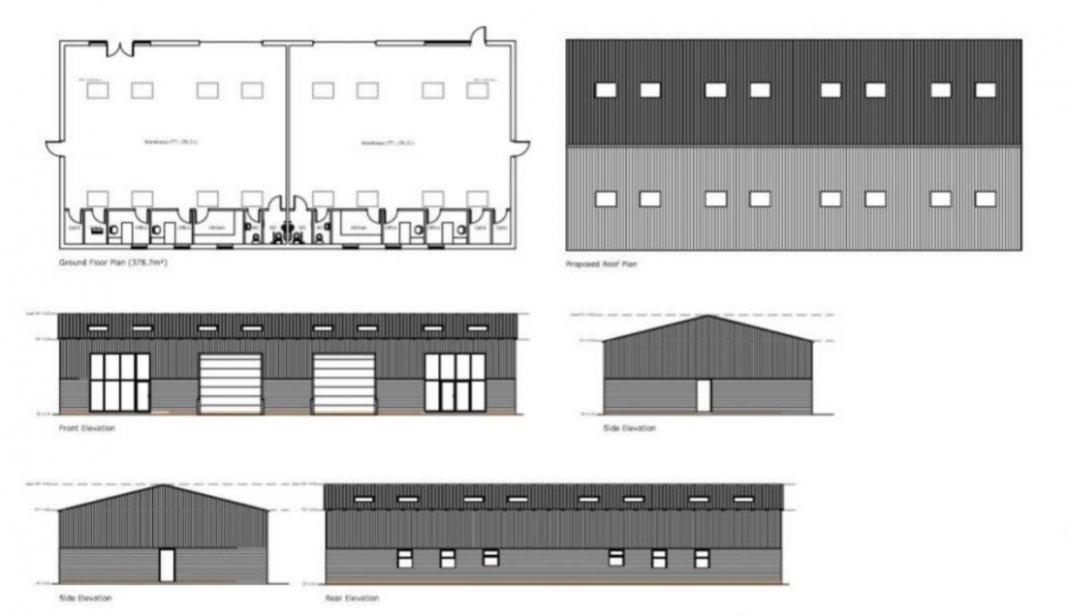 Planning & Design Practice has secured planning approval for a trio of projects and developments in Derbyshire for clients including a bespoke furniture manufacturer, an equestrian school and a brownfield industrial site.

The firm recently gained planning permission for the construction of three industrial units at land to the rear of Brookfield Way, Brookfield Industrial Estate, located in Tansley.

The application supported a local business of Indigo Furniture, who produce bespoke handcrafted furniture for sale at their showrooms in Matlock, Harrogate, Tunbridge Wells and via their e-commerce website. This application was made to facilitate the growth of the company, who were looking to expand their manufacturing facilities.

Outline planning permission was granted in 2011 for three industrial units on site with access agreed and all other matters reserved. The Reserved Matters was not submitted within the timescale (2014) and the permission lapsed.

Internally, the buildings have been designed to be open plan which will ensure the units are functional and flexible.

The Council agreed that the proposal was acceptable when viewed within the context of the existing area (which is dominated by commercial uses), and its designation within the Local Plan indicating that the area has capacity to accommodate new development without detriment to its character and appearance.

Planning permission has also been gained for the demolition of a modern agricultural building and the construction of an outdoor equestrian school with associated stables.

The site is located to the west of a complex of barn conversion dwellings, approximately 1 mile to the south of Rodsley village in open countryside.

Further, planning permission has been granted for the demolition of an existing office building and construction of replacement office building at the Derwent Works/Alderwasley Mills site, Ambergate.

The former wire works site was originally developed around 1870 and was the major employer in the area for many years. The site was bought by Bridon in 1990 and wire-making ceased in 1996 when production was transferred to other sites in the UK.

In 2001 the complex, now known as Derwent Works, was bought by the local Litchfield Group who commenced use of the buildings for production of door and window products. These activities have now ceased, and the owner would like to diversify the site. The site currently has a Whiskey and Gin distillery in operation, and an application for a car museum is ongoing.

The Car Museum application proposes the demolition of the office building. This outline application secured the site owners right to erect a replacement building.

The redevelopment of this brownfield site will bring a vacant and rundown building into reuse, and provide a substantial improvement in conditions whilst also retaining important local employment opportunities.