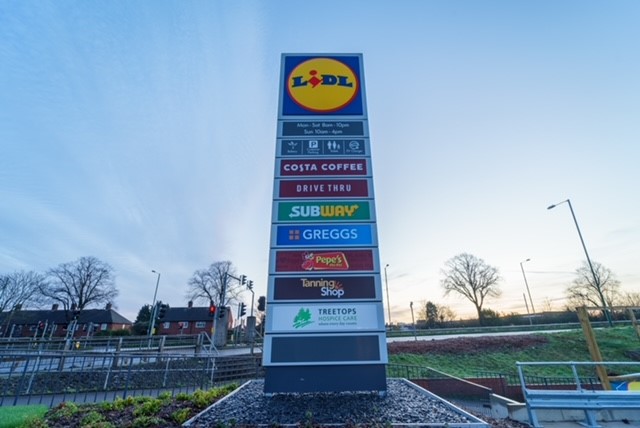 Beechdale Retail Park, on the old Beechdale Baths site in Nottingham, has been sold for £3,250,000.

Hargreaves said: “The retail scheme is next to the new Lidl and comprises a parade of 6 shops and a Drive Thru Costa Coffee.

“HDD and their contractors did a great job building this out through the first and second lock down and the tenants stayed with us, when many would have walked away.”

Hargreaves went on to say: “We originally had the Investment ‘Forward Funded’ in February 2020 at circa 6.30% but the buyer withdrew in June due to the uncertainty caused by the Pandemic.

“When we brought the Investment back to the market in the Autumn, we had good interest, despite it being ‘retail’ which is not exactly flavour of the month at the moment with investors, and were able to secure a price of £3,250,000 giving a net initial yield of 6.87% net.

Hargreaves concluded: “FHP bought the site for Lidl originally, sold off the surplus land for them to HDD Limited, let all the shops for HDD Limited and jointly with Duncan McClaren have now completed the Investment sale, all in a 2 year period.”