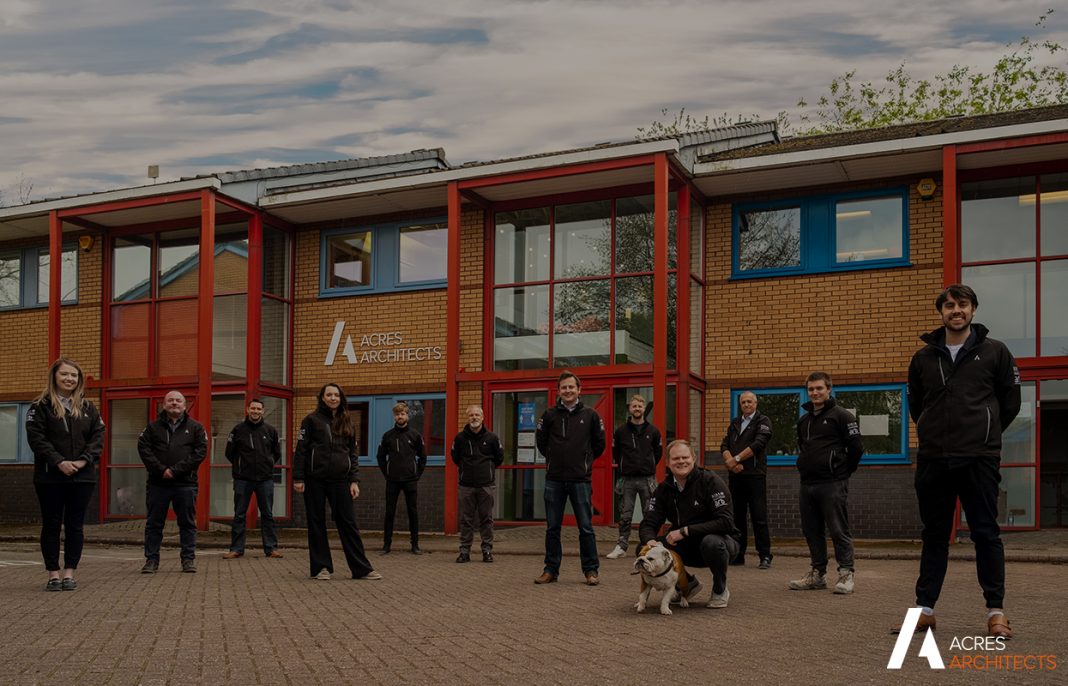 After four years at its current offices, a Nottingham architectural practice has bought the building next door.

Acres Architects moved into its offices at Nottingham Science Park, opposite Nottingham University campus, in 2017, eight years after founder and Managing Director Edward Acres launched the company from a laptop in his parents’ spare bedroom.

Now, the firm has purchased the office next door in order to house its ever-expanding team, which saw its most successful year in 2020.

Acres Architects, which specialises in residential projects, from private homes to large student accommodation developments, is also seeking several new recruits to join the practice, hot on the heels of signing four other recent recruits.

Edward Acres said: “We really are going from strength to strength. We’ve seen a consistent and significant increase in workload, but we’re pleased to say we’ve managed to recruit some top talent to turn our clients’ dreams into reality.

“It’s extremely fortunate that we were able to purchase the building next door. We looked at several options, but this made the most sense. We’re in a fabulous part of Nottingham.”

The new two-storey office has been opened up internally so that staff and customers are able to move between the two buildings easily.

Edward said that he was looking forward to the further easing of Covid-19 restrictions so that the new office space could be fully enjoyed by the entire team once again, as well as welcoming the growing cohort of new staff members.

Acres Architects is now seeking four additional talents to add to that list: a CGI specialist, a landscape architect, an urban planner and a senior technologist.

The firm currently employs 11 people and is on-target to increase that number to 16 before the end of 2021 and more than 20 by April next year.