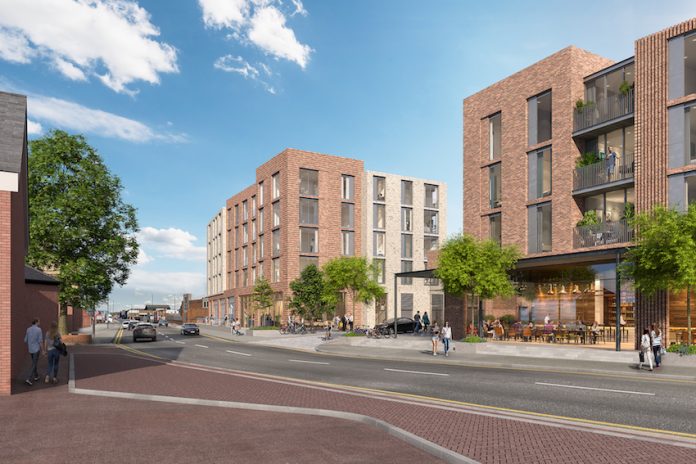 Revised plans for new apartments, townhouses and retail space directly opposite Notts County Football Ground on Meadow Lane have been tipped for approval.

Acting as Phase II of the Trent Bridge Quays scheme, permission is being sought for 44 apartments in a five storey building, 14 three storey townhouses, and retail space at the ground floor of the apartment building.

The development would provide 4 four-bed and 9 three-bed townhouses with rear garden spaces and 2 three-bed, 26 two-bed and 16 one-bed apartments.

The development site was last used and operated as a dairy depot by Dairy Crest Limited. The site contains two large and long single storey warehouses that extend from Meadow lane to the full depth of the site. There are also smaller single storey buildings around the perimeter of the remainder of the site. Existing building on the site would be demolished.

A decision on the scheme is to be made at a planning meeting next week (18 December).

Tess Egginton - 27th January 2020
Plans for a new extra care complex in Derbyshire are to be discussed by Derbyshire County Council at a Planning Committee meeting next Monday...