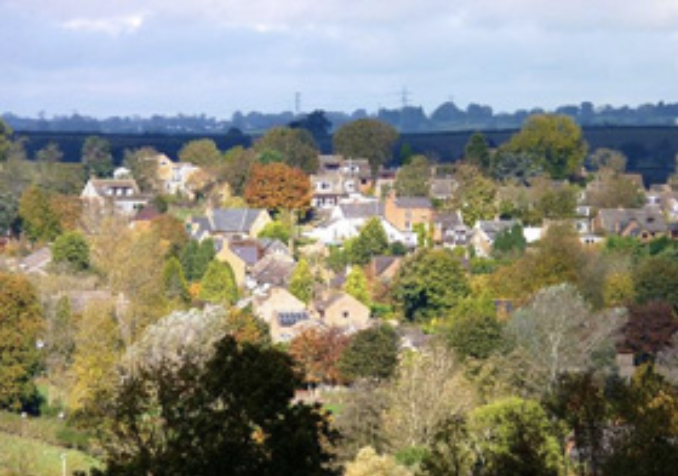 A new Conservation Area has been designated in Flore following a review of the village’s architectural and historic interest.

Designation as a conservation area puts in place tighter planning controls for anyone seeking permission to alter or demolish a building, or carry out work to trees, in order to maintain the special interest of the area.

In Flore the boundary of the area covers the majority of the historic settlement, including land in Flore Park to the west.

It takes in what is believed to be the earliest part of the settlement, between the 13th Century church and the mill as well as the village’s characteristic historic street pattern of ‘finger-like’ lanes, and its many historic buildings.

That plan includes a number of proposals for ‘Article 4’ directions, to protect historic features in specific locations, as well as identifying a number of properties which should be added to the ‘Local List, meriting them further protection.

The new designation in Flore was made as part of a wider review of Daventry District’s Conservation Areas being carried out by the Council. Existing conservation areas in Harlestone, Moulton, Daventry town centre and Brixworth have already been reviewed and modified, and a number of other reviews are planned or in process.

Councillor Alan Chantler, Daventry District Council’s Strategic Planning Portfolio Holder said: “We are very fortunate in Daventry District to boast some of Northamptonshire’s most picturesque villages, and our Council is committed to protecting and enhancing them for future generations.

“Conservation area designation recognises the special local character of an area, and provides an opportunity to manage sensitively that character through the planning system. We are very pleased to work in partnership with communities such as Flore to ensure the necessary controls are in place to protect and preserve their identity and heritage.”