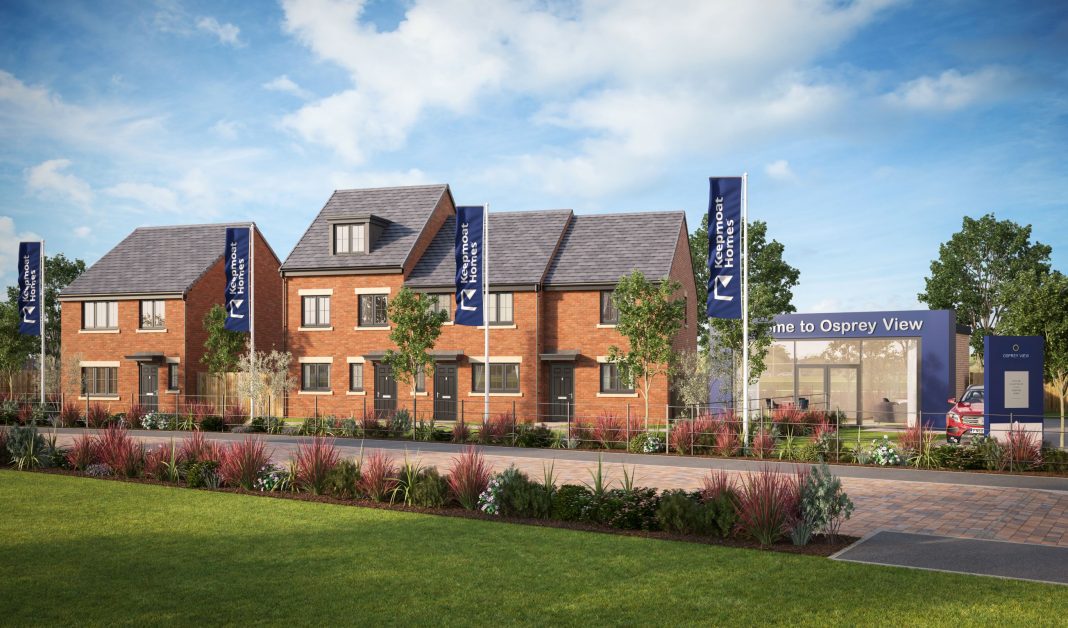 Keepmoat Homes has completed the purchase of the former Firbeck Colliery site from developer and regeneration specialist Network Space.

Following planning permission being granted by Bassetlaw District Council at the end of last year, the sale of the 32-acre land on Doncaster Road in Costhorpe cements Keepmoat’s plans to transform the site into a development of 400 new homes.

The development, which will be known as Osprey View, will comprise of a mix of two-, three- and four-bedroom homes and has been designed to reflect the demand in the local area. All the houses will be energy-efficient, and homebuyers will also benefit from access to Langold Country Park.

Dan Crew, Regional Managing Director at Keepmoat Homes, said: “We are very excited to progress with our plans and breathe new life into the disused site. The new energy-efficient homes are designed to support the demand in the local area including first-time buyers who are eager to get their foot onto the property ladder, as well as those looking to up-size.

“We are committed to transforming the site into a brand new and inclusive community which will have access to the beautiful country park and lake, and we envisage the development to be popular with both families and walkers alike.

“We have a strong track record of delivering new homes across the country, particularly on brownfield land such as this and this acquisition is a fantastic opportunity to strengthen our presence in the area.”

Network Space acquired the site in 1997 as part of the Yorkshire British Coal portfolio. The former Firbeck Colliery, which ceased operation in the late 1960s, became Costhorpe Industrial Estate along with a variety of industrial uses but has since laid vacant for several years.

Network Space has worked closely with Bassetlaw District Council over several years, using its regeneration expertise to advance a planning application, assemble all necessary land interests and establish a strategy to deal with the technical constraints resulting from the site’s former use.

Joe Burnett, Development Director at Network Space, said: “It will be fantastic to see this brownfield site remediated and brought back into positive use. In addition to delivering much-needed housing, it will remove blight and derelict buildings and enhance the area, providing linkages to Langold Country Park and the recreation grounds.

“We have worked hard over many years with Bassetlaw District Council to bring forward the regeneration of this complex site and now feels like an appropriate time to pass the baton to the very capable hands of Keepmoat Homes. I look forward to seeing a dramatic improvement in the site’s immediate local environment as well as a positive impact on the wider community as this attractive residential scheme develops over the coming years.”

Cllr David Pidwell, Ward Member for Carlton-in-Lindrick, said: “As a Council and Local Ward Members, we have been working with partners to enable development on the former Firbeck Colliery site for over 10 years and have faced a significant range of difficulties and constraints to regenerate one of the district’s key sites.

“It has only been with the input of Network Space and subsequently Keepmoat Homes that we have been able to overcome these difficulties and move forward with a development that will be a huge positive for the local area.

“Back in the summer of 2019, local residents had the opportunity to view the proposals from Keepmoat Homes, speak with their representatives and Councillors, and put forward their views. Local residents have been waiting for something to happen here for a long time and it is fantastic news that this project has taken such a positive step forward.

“We are extremely grateful for the efforts made by Network Space, Keepmoat Homes and Council Officers on this development and look forward to working with Keepmoat Homes to see it finally transformed from a derelict site to a place where residents and families can call home.”

Construction is due to commence imminently, with the first homeowners expected to move in from January 2022. The development will take around eight years to complete.