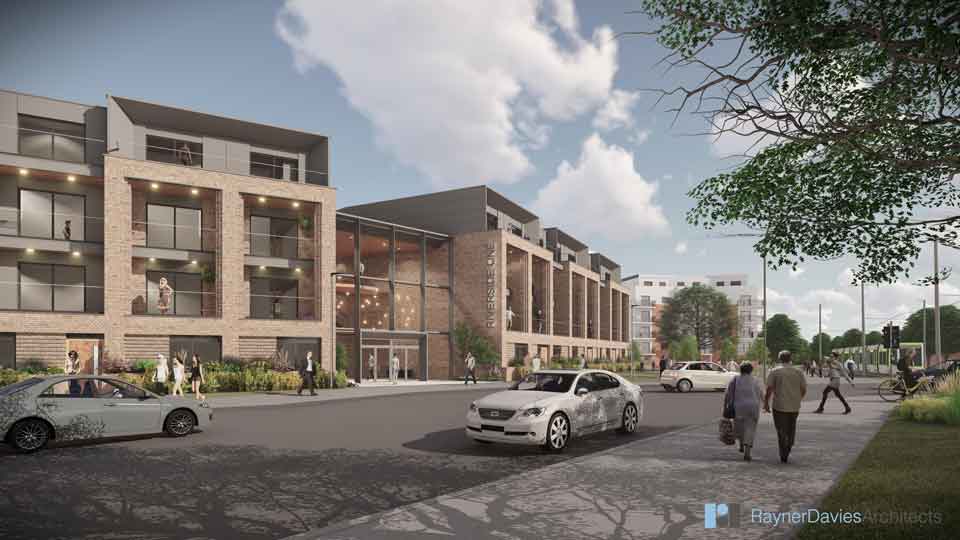 Plans for new apartments on a brownfield site on Riverside Way, Nottingham have been recommended for approval by the City Council.

The apartments would be erected at the site of the Eagle Press building. Existing industrial units at the site are to be demolished to make way for the three and four storey building.

These are to be constructed as two separate apartment wings at three and four storeys in height linked by a triple height glazed atrium. The arrangement of duplex units rather than on a traditional single level allows the majority to enjoy dual aspect with river views to the south and views over the city to the north. Each have either a terrace or inset balcony. Undercroft parking for 30 cars would be provided.

When plans for the scheme were initially submitted Paul Tewson of developers Gilbert & Hall said: “This is a site that we have owned for some time and always intended to develop. With the opening of the tram extension a couple of years ago and other similar developments down the river, we think the time is now right for a residential development here. We are confident that it will prove extremely popular.”

Project Architect for Rayner Davies, Julien McGuinness, said: “The main challenge here was to maximise the fantastic views to the south over the river and Victoria Embankment. We have designed the layout so that almost all of the apartments will enjoy both a river view and views to the north over the city.

“By utilising a split section duplex design to the majority of units, residents will also each enjoy two levels of accommodation and excellent space standards, making this both an efficient and desirable development.”