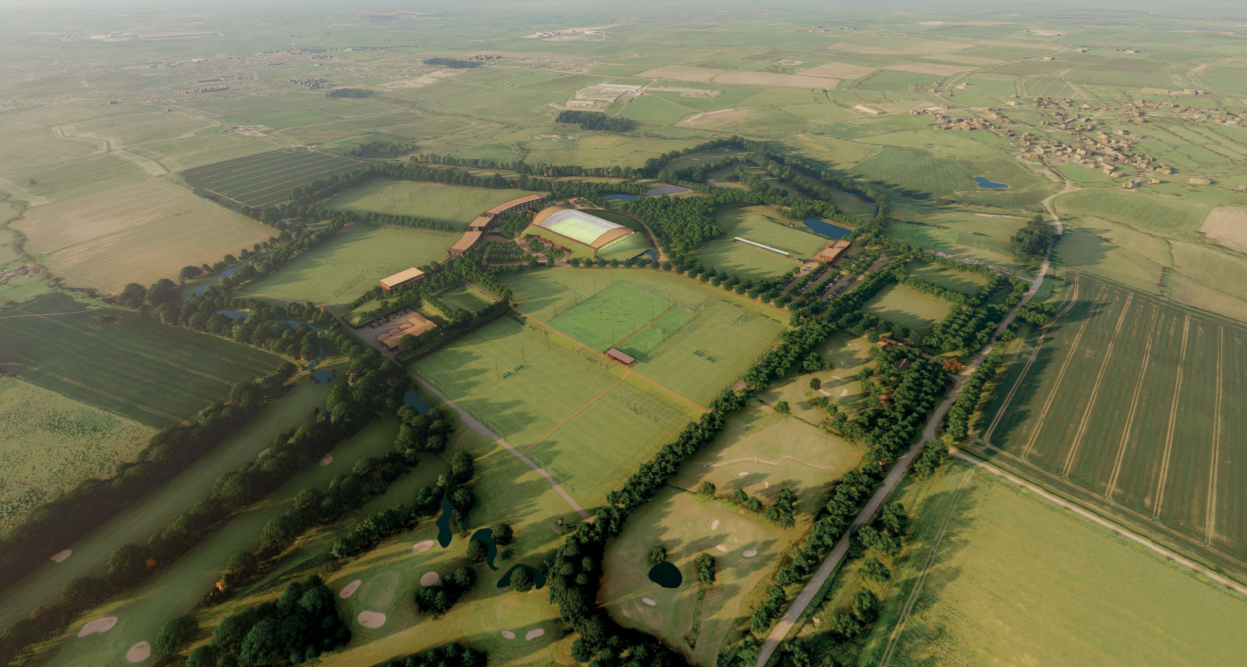 Plans submitted by Leicester City Football Club to Charnwood Borough Council for a new football training facility on the site of a former golf club have been approved.

The plans will see existing buildings on the site at Park Hill Golf Club in Leicestershire demolished to make way for the new facility, which will comprise of grass and artificial turf football pitches, a multi-use training and ancillary uses building which will include 30 bedrooms for players and dining facilities.

The site will operate throughout the year with the most activity taking place within the football season.

A council document released ahead of the decision said: “It is acknowledged that there is significant local opposition to the scheme, and this must be taken into account appropriately when reaching a decision on the application. It should be noted that the applicant has developed the final proposal by considering those concerns and responding to them wherever possible.

“However, opposition to the proposal in principle should be considered in light of the fact it complies with development plan policies and replaces an existing leisure facility with a new, albeit larger, leisure facility and concerns regarding the highway safety impacts need to be considered in light of the professional advice of the statutory consultees.

“It is considered that for the reasons given in this report the proposed development would
represent a suitable re-development of the current site, which would not have any
significant impacts on the character or tranquillity of the countryside, the amenity of local
residents, biodiversity, flooding or other material issues. The proposed development would
also not cause harm to the character, setting or significance of Heritage Assets within the
locality.”

Aiyawatt Srivaddhanaprabha, Leicester City Vice Chairman, said: “The Club has experienced an extraordinary rate of growth in the last seven years and keeping the Leicestershire community at the heart of that growth has been and will continue to be a fundamental principle of our vision.

“The new training ground is a truly exciting phase of our development and a once-in-a-generation opportunity for us to demonstrate both our ambition, and that of the city, on such a large scale. We want to invest in the best possible training facilities to develop and attract the world’s elite sporting talent to Leicester and to give them a competitive edge in a game that is constantly evolving.

“It is crucial to us that the benefits brought about by the new development make the facility a source of pride for the Leicestershire community – known for so many years for its rich tradition in sporting development.”