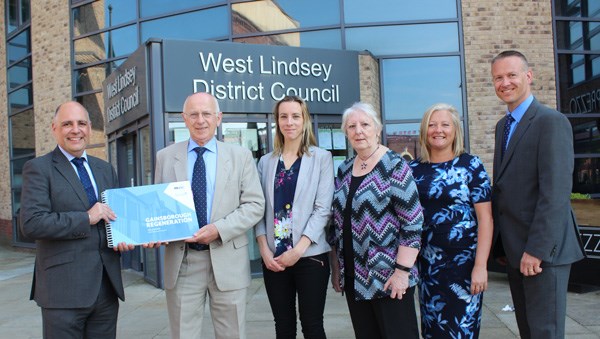 The regeneration of Gainsborough town centre has moved a step closer following the exchange of contracts between West Lindsey District Council and partner, Muse Developments.

The council has selected Muse as its preferred developer on an initial partnership for up to five years, with the potential to extend for a further seven.

The first phase of development will centre on Gainsborough’s historic town centre, where the team will look to develop a cinema with restaurant outlets, a new public square, along with extensive public realm improvements to the riverfront. Future phases will include potential residential sites in Gainsborough and elsewhere in the council’s district.

David Wells, regional director at Muse Developments, said: “We are excited to reach the next phase in our partnership, which will help the council realise their vision set out in the Invest in Gainsborough document.

“We look forward to further strengthening our partnership with the council, as we move to bring real, sustainable change to the town.”

The upcoming programme of regeneration will aim to create a series of permanent jobs in the local area, as well as up to 100 during the construction phase of development.

“West Lindsey District Council is delighted to be working in partnership with such a successful and highly respected company. Together, we look forward to bringing forward a number of exciting new developments in Gainsborough and across West Lindsey over the coming years.”