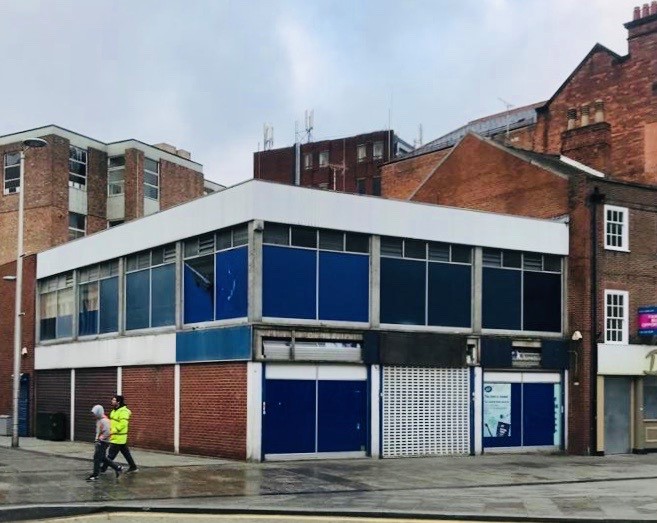 St James Securities has furthered its commitment to the redevelopment of the Becketwell area of Derby with the acquisition of the former Boots Pharmacy on Victoria Street in Derby.

The acquisition of the store from a local property company, which closed as part of a widescale high street shutdown taking place over the course of 18 months, will open up the gateway to the proposed public square that will form a key part of the £200m development.

This follows the acquisition of the former Pennine Hotel, NCP Car Park and Laurie House on Colyear Street, which were contracted by St James Securities at the end of August as part of a deal with Derby City Council at which time an outline planning application was submitted.

St James Securities’ vision is to create a new part of Derby city centre with its own distinct character and identity. This will take the form of a series of buildings, spaces and views that will enhance the attractiveness and vitality of the city.

The regeneration of the Becketwell area of the city is expected to bring numerous benefits, including a repopulation of both office workers and residents to the city centre which will help boost activity outside of traditional retail hours.

It is also hoped that the substantial levels of investment proposed at Becketwell will provide confidence for further new investment in surrounding areas of the city centre.

The work on the demolition of the former Debenhams building is ongoing with construction work on the first phase of development set to commence later this year.

It was announced last month that modifications are to be made to the residential element of the scheme, which will be located on the site of the former Debenhams store on Victoria Street.

The original plan to build 342 Build to Rent apartments in two buildings, the tallest of which would extend up to 19 storeys in height, has been replaced by new proposals to create approximately 224 apartments over a maximum of ground plus 10 storeys.

The second, smaller building fronting Green Lane and Victoria Street will be ground plus 4 storeys and will be developed separately.

The centrepiece of the development will be a new multi-purpose public square on the site of the current United Reformed Church, which will be delivered as part of phase one.

The rest of the submitted planning application includes a range of other complementary uses of the site, including up to 25,000 sq m of new grade A offices, innovation centre and leisure to complement the residential and a planned multi storey car park with a smaller more intimate courtyard public square.

Commenting on the acquisition of the Boots building, Paul Morris, director of St James Securities, said: “We are committed to the development of the Becketwell area and are pleased to have this property under our ownership.

“Further acquisitions are set to be made in the coming weeks, which will enable us to move forward with phase one of the scheme, subject to a favourable planning decision next month.

“It is our aim to have all the land within the Becketwell scheme either directly in our ownership or under our control which, coupled with our comprehensive delivery programme, will enable us to deliver a scheme that will contribute to the social, economic and environmental fabric of the city centre going forward.”