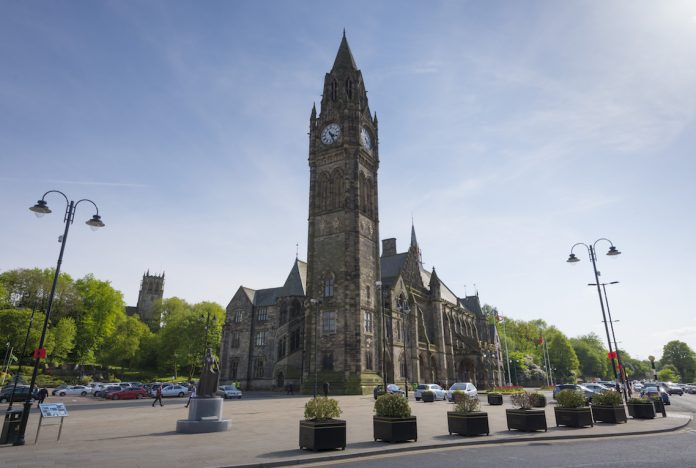 Nottingham-based Focus Consultants has been appointed by Rochdale Development Agency to create the business plan for the £16 million redevelopment of the iconic Rochdale Town Hall.

The project, which had a successful bid for £8.9 million from the National Lottery Heritage Fund, is now underway, with the development work to inform the Stage 2 submission to the NLHF due in early 2020.

Although the stunning neo-gothic town hall was once at the heart of civic life, the town hall is now primarily used for functions.

“A key consideration of the business planning work is therefore to carefully consider how the Town Hall can balance an increase in access by the public whilst ensuring financial sustainability through commercial income,” explained Steven Fletcher, partner at Nottingham-based Focus Consultants.

“As part of the work being undertaken by Focus, with support from L&R Consulting, we are working to understand the future audiences for the Town Hall, the numbers of visitors/users, the management and staffing arrangements for future operations, and importantly the income and expenditure projections post completion.”

The project will also restore the Town Hall’s many historic features, including the Magna Carta mural and ceiling panels in The Great Hall and its extensive stained-glass windows. The old first-floor library – which was more recently used as office space – will also be restored and reopened for community use as the new Bright Hall – named in honour of the Rochdale family of prominent industrialists and radical politicians.

A series of improvements, including the installation of new lifts and toilets, will also make the Town Hall more accessible than ever before. The project is due for completion in 2023.

Focus Consultants, which also has branches in London, Leicester, Newark and Boston in Lincolnshire, offers a range of economic development, regeneration and business support services and has worked on many civic and heritage projects across the UK.