Fit out firm renovate and move into new office 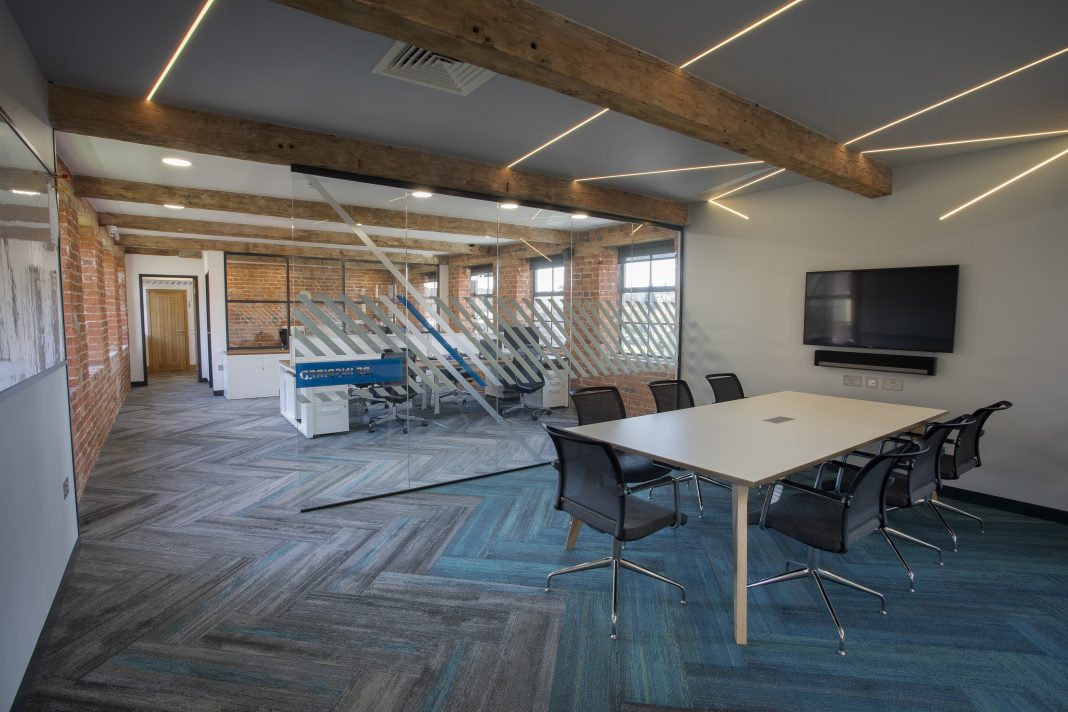 A historic building in the heart of Sandiacre has been renovated by local office fit out and refurbishment company, ACI (Advanced Commercial Interiors) Limited.

Pear Tree Yard is well known throughout the local community and had been left vacant for the past three years, allowing the property to fall into disrepair. Dating from around 1780, the property has been used for a host of purposes from a spinning mill to a veterinary surgeons and predates the famous Springfield Mill and canal.

Having outgrown their existing office space in Sandiacre due to continued expansion, ACI were keen to stay close to their roots and wanted to continue to reap the benefits of being close to the main transport links of the A52 and M1.

Director of ACI, Roy Thompson notes the first time Pear Tree Yard was identified as a viable new premises: “We had seen that Pear Tree Yard was for sale with planning permission to convert to residential but for some reason there had been no takers to date.”

After laying unoccupied for three years, the property was in a poor condition and, despite having all of the necessary planning permissions, had not attracted attention from local developers or businesses.

Speculating on a lack of interest, Roy continues: “I guess the condition of the building was a major factor in that but to us this was the appealing factor. The mill gave us the opportunity to build a new home for our business from the ground up and the added benefit of creating a showroom for what we do best, creating inspired workspaces.”

After an initial planning period of three months, the building project took 18 months to complete, with the first year dedicated to carrying out structural improvements, reinstalling a roof onto the property and working on the windows to provide a beautiful view of the canal.

The remaining six months were then used to focus on the internal state of the property and ensuring that a building fit for purpose in the 1700’s was able to deal with the demands of a modern working environment in the 21st century.

Reflecting on completing a project of this scale from start to finish, Roy adds: “The depth of the refurbishment works turned up many issues along the way but through a desire to deliver the new home for the business and our expertise in this type of works all of these were overcome.

“The difference in the building when we first set eyes on it to now is in our opinion incredible. We are constantly receiving positive comments from passers-by and visitors to the building. Since we have moved in we have had over 50 suppliers and customers visiting the site with an incredibly positive and amazed response across the board.”

Now a fully functioning office space featuring all the ‘mod cons’ completely alien to life in the 1700’s, ACI have set about offering floor space to other local businesses. Managing Director of ‘Imaginare Digital’, Seb Dean, is one of these: “We consider ourselves very lucky to have been able to move into the office space at Pear Tree Yard, providing the ideal home for our digital marketing agency. The standard of the offices is second to none and we know how much work has gone into creating such a nice workspace. We feel that it’s one of the best commercial buildings in Nottinghamshire and we’re proud to be part of it.”