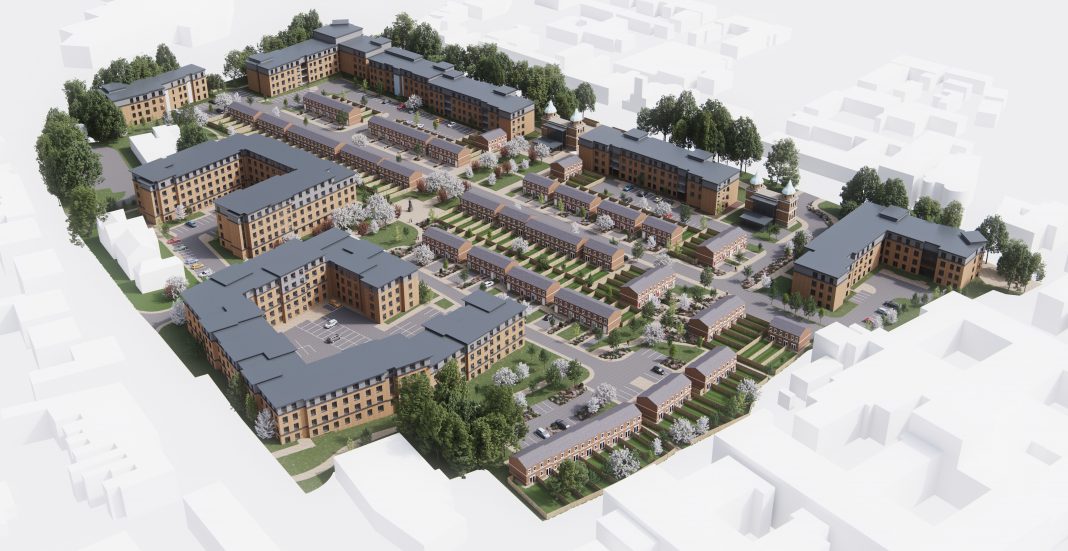 Developers behind three schemes, worth a combined £450 million, that will transform Derby have given a vote of confidence to the city’s ability to bounce back following the Coronavirus pandemic.

Directors of the three companies, who will together create hundreds of homes, shops, restaurants and offices, say they remain committed to their investments despite global financial turbulence caused by the current health crisis.

And they say Derby is well-placed to recover strongly as economic activity increases with the easing of lockdown measures.

The endorsements come from:

Their confidence in the underlying strength of Derby’s economy is a huge boost following news earlier this week that the city’s largest private sector employer, Rolls-Royce, is to make thousands of redundancies across its global workforce. It is not yet known how many of those will be in Derby.

Wavensmere Managing Director James Dickens said: “We still feel extremely confident in Derby as a location, despite the current situation.

“We are seeing great take-up from potential purchasers and investors in the current climate, with a number of sales and exchanges closing in the past few weeks. Now that surveyors and agents are back up and running, we see, due to the lack of available stock, this will have a positive impact on city centre housing.

“These are unprecedented times and quality will shine through. Derby has a strong story and the businesses that underpin its local economy will adapt and persevere.”

Those sentiments were echoed by Dave Bullock, Managing Director of Compendium Living, which is moving forward with the latest phase of its Castleward scheme.

“We are delighted to be making our planning application for the next phase of 82 new homes on John Street in Castleward,” he said.

“We are currently on site with 54 homes on Carrington Street and the next phase will bring our total of new homes in the area to 300, alongside the new shops, boulevard and Liversage Square that we have developed.

“We are looking forward to continuing our investment in this great city over the coming years and to supporting its success.”

St James Securities secured outline planning permission for its scheme in February. The plans could create up to 2,700 jobs.

Managing Director Oliver Quarmby said: “We have been working up our regeneration proposals at Becketwell for two years now. The city and its council are fully supportive of the proposals which now, more than ever, are vital to promote and support a significant and sustained resurgence of the city centre.

“We fully believe the fundamentals exist for a strong and confident recovery.”

Their confidence is also shared by local developers Ivygrove Group, who have been operating in the Derby market for decades and have just launched their Dunstall Park industrial scheme in the city as they approach completion of their Eagle Park and Westside Park projects.

“Having been at the forefront of providing workshop and warehouse space to Derby’s indigenous businesses for over 40 years, often through difficult times, I have found that Derby has the resilience to weather a storm, never experiencing dramatic spikes, up or down, regardless of the circumstances,” said Managing Director John Blount.

“We have every confidence that the current issues will be overcome and we will continue to invest in Derby to maintain the supply of buildings to meet ongoing demand.”

“We know that sections of the economy are suffering badly because of Coronavirus and the resultant lockdowns. We are working hard to support Rolls-Royce, its workers and other businesses who are victims of a crisis that was not of their making,” he said.

“We remain confident in the underlying strength of our city and that Derby will emerge from this challenge as, still, a great place to live, work and invest.”

Over half of people in the East Midlands see investment in renewable energy as very important, with investment in airports considered the least important...
Read more
Out Of Office

Half of workers risking cyber security during remote working

Almost half of office workers have admitted they are less likely to follow safe data practices when working from home, new research had found. The...
Read more

Throughout the COVID-19 lockdown, the owners of Nottingham-based web design agency, Strafe Creative, have been helping to support vulnerable people and the restaurant industry...
Read more
General News

In this week’s business support e-newsletter, Streets Chartered Accountants provide details of both the Future Fund and the Statutory Sick Pay rebate scheme and...
Read more