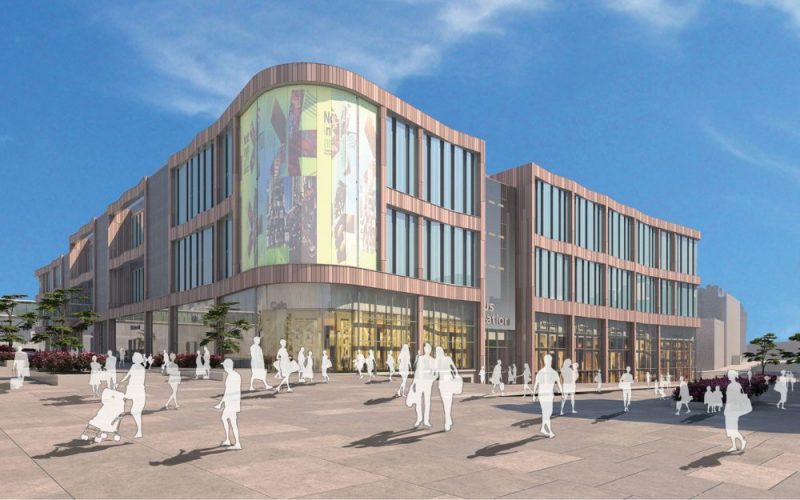 The final official go-ahead has been given for the redevelopment of Broadmarsh bus station and car park in Nottingham.

The new, 1,341 space car park with integrated bus station and retail units is a major part of the wider Broadmarsh programme, which will deliver significant regeneration on the southern side of the city centre, and complement intu’s redevelopment of the shopping centre.

The car park development is forecast to create more than 100 jobs and generate almost £3m a year for the Nottingham economy.

Council Leader Cllr Jon Collins said: “This is an important milestone in the project that will enable this exciting development to be delivered.

“The positive impact of investment to date, such as the transport hub at the station, the latest tram extension and the transformation of Station Street, can already be seen in the form of renewed interest in the area and other, private developments coming forward.

“Work began recently on the new Nottingham College and the castle refurbishment is now under way.

“Moving ahead with the new car park and bus station development is the next piece of the jigsaw and can only further promote this regeneration momentum, bringing undoubted economic benefits to the city centre, and providing a high quality addition to the streetscape between the station and the city centre.

“It’s vital we progress as soon as possible to maximise the economic benefits and renewed interest in revitalising this area.”

The Broadmarsh Car Park development will replace the previous 1960s building that was demolished earlier this year, and will provide a bright, safe and clean environment, offering a car park with dedicated accessible spaces, parent and child spaces, electric car charging spaces and a taxi drop-off zone, along with a modern bus station, and retail units in Carrington Street, Collin Street and along the concourse area fronting onto the bus station.

In total, developments in the wider Broadmarsh area – the car park, bus station, shopping centre, college and castle – represent a £250m investment, and are expected to create 3,000 jobs, £10b GVA uplift over ten years, and attract around three million new visitors every year.