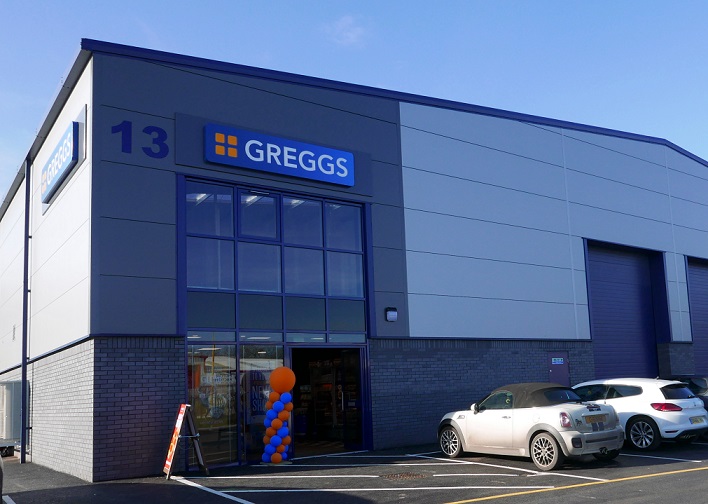 Bakery chain Greggs has opened another Derby outlet after a deal brokered by Salloway Property Consultants.

Greggs, which specialises in savoury products such as pasties, sausage rolls, vegan sausage rolls and sandwiches, as well as sweet items such as doughnuts and vanilla slices, has moved into the highly successful commercial development at Eagle Park.

Eight jobs have been created at the store which is open from 6am to 6pm Monday to Saturday and on Sundays from 8am to 5pm.

A Greggs spokesperson said: “We knew how successful Eagle Park had been at attracting businesses so we wanted to provide tradespeople, local occupiers and their customers with convenient ‘food on the go’.

“Already it has been popular because it offers quick service, high quality, variety and well-priced food for those who want to avoid going into Derby city centre.”

Hugo Beresford, surveyor at Salloway Property Consultants, said: “It is another coup for Eagle Park to attract a company as well-known as Greggs.

“The outlet is already proving very attractive to the local workers.”

The Greggs unit was developed by Ivygrove Ltd and then sold to a private pension fund before being let to the bakery chain.

Greggs has followed Howdens Joinery, Screwfix, Davis Derby and French company Dedienne on to the former Draka site which Ivygrove purchased in 2014.