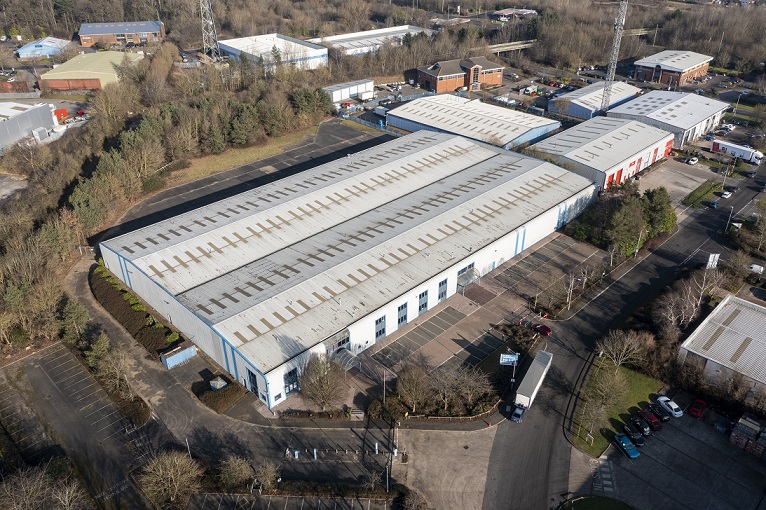 Based in the Netherlands for 25 years, Fonteyn supplies the largest range of home spas and swim spas in the world. First stocks from Meridian are already available to dealerships, despite current refurbishment of the premises, while Fonteyn also seeks to expand the workforce and its UK distribution network.

The chosen unit occupies a prominent position on the north side of the park on the southern sector of the estate. It was previously occupied by online fashion retailer Boden and comprises 84,101 sq ft of office and warehouse space, plus extensive loading and parking areas.

The refurbished building will feature offices, warehousing and what is planned to be the largest spa showroom in the world, ultimately stocking more than 1,000 models to satisfy increasing demand.

Outdoor living has nurtured the trend for in-home spas. Marcus Sleath, Fonteyn director, said the new hub would facilitate faster turnaround and delivery to meet the huge demand in the UK.

“This is a very exciting time for us. The UK is one of our biggest markets, with more than 85,000 spas and swim spas sold here to date. The new distribution centre at Meridian perfectly meets our needs as a convenient and cost-effective central hub for UK expansion.

“While conversion of the building will be completed by the end of the year, we already have around 500 spas and swim spas in stock, plus more on the way. This means much faster delivery for the 30 dealerships we already serve in the UK and we expect this number to increase.”

Mike Allwood, A+A partner, said: “This is a positive development for the local economy, enabling an international company to use a sought-after Leicestershire business park as a vital first base for expansion.

“It’s certainly one of the larger secondhand units to hit the market over the last few years. Having been involved in the marketing since March this year we are delighted to have completed the letting within three to four months and wish Fonteyn every success in their new venture.”