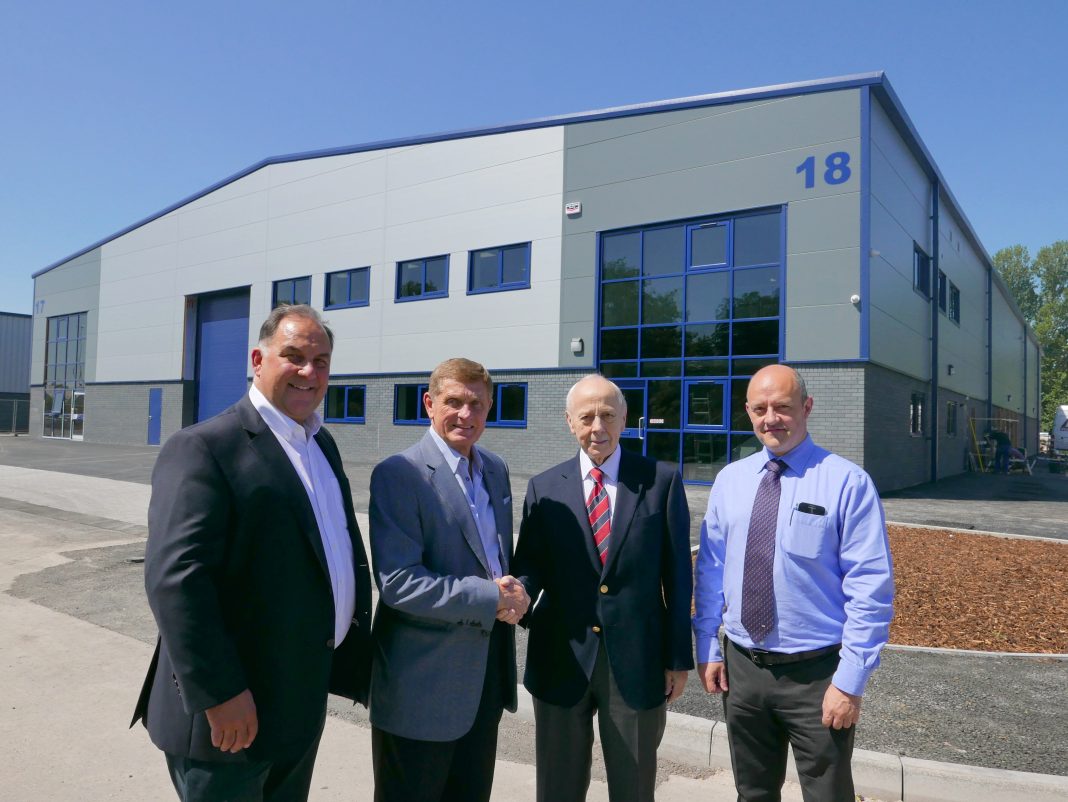 One of Derby’s longest-standing companies is moving back into Eagle Park.

Davis Derby Limited, which can trace its roots in the city back to 1840, is returning to Alfreton Road after a quarter of a century at its Chequers Lane site. The deal was brokered by Salloway Property Consultants and Eagle Park’s owners, Ivygrove Developments, adapted its new premises.

Davis Derby Executive Chairman, Gerry Beetles, said: “With the guidance of Salloway Property Consultants, we are now looking forward to returning to Alfreton Road on the Eagle Park flagship development.

“We are delighted with the help and co-operation of Ivygrove Developments in adapting the new premises to our requirements and meeting our timetable for our relocation during July for the next phase of our business.”

Meanwhile, national chain, Howdens Joinery, has followed Screwfix by moving into the former Draka site which Ivygrove purchased in 2014.

Salloway Property Consultants Managing Director, Stephen Salloway, said: “Thanks to the imagination of Ivygrove, Eagle Park has turned into a great success story. When Draka left with the loss of hundreds of jobs, Ivygrove took the rare risk of building speculatively.

“Eagle Park has been successful because of Ivygrove’s flexibility and its excellent location and I am delighted that we, at Salloway Property Consultants, have been able to play a part in selling to some high-quality businesses.”

John Blount, Chairman of Ivygrove, said: “I am delighted by the success of Eagle Park which is easily the best investment Ivygrove has ever made. One of the most pleasing transactions is the relocating of Davis Derby.

“Coincidently, Ivygrove bought Davis Derby’s massive complex on Alfreton Road all those years ago and converted into a thriving multi-purpose industrial park, which is now occupied by numerous local companies.“

Further transactions are in the pipeline for the remaining units on Eagle Park, said Mr Blount.