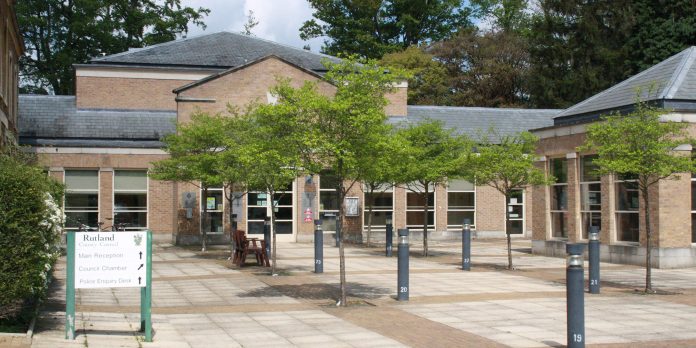 Rutland County Council’s Planning and Licensing Committee has approved proposals for a new McDonald’s restaurant on the outskirts of Oakham.

This is the county’s first McDonald’s and England’s only county without the fast food chain.

The committee met on Tuesday 14 January 2020 to consider the application for a freestanding restaurant with drive-thru facility, car parking and associated works adjacent to Lands End Way.

The application was initially recommended for approval by planning officers, subject to a number of conditions being met in relation to landscaping, drainage, building materials and access for both pedestrians and vehicles.

Following a presentation by planning officers and open discussion among the committee, eight committee members voted in favour of approving the application, with one abstention.

Councillor Gordon Brown, Cabinet Member for Planning, said: “We take great care when considering major applications of this kind and a huge amount of work has gone into preparing the incredibly detailed report that was presented to members of our Planning Committee.

“I know there are lots of people, both inside and outside of Rutland, who have strong opinions about whether or not there should be a McDonald’s in the county. It’s the job of Planning Officers and the Planning Committee to look at every application objectively and dispassionately.

“We have to be impartial and can only make decisions based on whether or not an application complies with the relevant national and local planning policies.

“In the case of McDonald’s, the development put forward has been approved because it would not have an adverse impact on neighbouring homes and businesses, or the character of the surrounding area, and will create a significant number of new jobs on land that is set aside for employment, rather than houses.”

As part of the process of considering this application, Rutland County Council’s Planning Officers consulted with neighbouring Town and Parish Councils, as well as relevant experts in ecology, archaeology, highways, transport and public protection issues, such as lighting, noise and waste. More than 80 representations were also received from members of the public, both in support and against the proposed application.

As part of the process of determining the application and as a result of feedback, a number of changes were made to the initial proposals including an increase in disabled parking, improved bike storage for cyclists, new pedestrian safety features on Lands End Way and new litter bins in the area around the site.

Councillor Gordon Brown said: “The largest number of objections received in response to this application have been about the issue of litter.

“This is something that was highlighted in our consultation with both Barleythorpe Parish and Oakham Town Councils, resulting in a commitment by the applicant to provide new waste bins close to where the restaurant has been proposed.

“The applicant has also committed to carrying out no fewer than three litter picks each day, collecting any and all litter found within 100m of the site.”

Tess Egginton - 20th January 2020
Plans for the next phase of the Beeston Square redevelopment have been submitted to Broxtowe Borough Council. The plans, from Leonard Design Architects, are for 132...