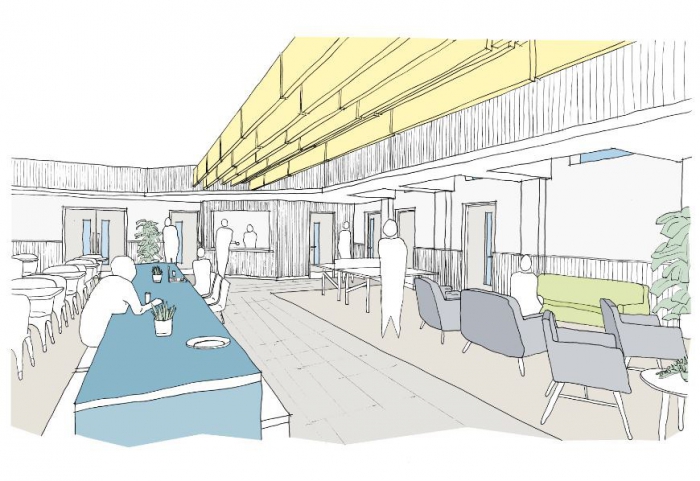 Lindum has been appointed to build a new homeless centre in Lincoln.

Work will begin on the YMCA Lincolnshire’s new Nomad Centre in St Rumbold’s Street at the end of April.

The site, which is currently the old YMCA gym, will be transformed into purpose built emergency accommodation and essential day services for the most vulnerable people in the city.

Freddie Chambers, Director at Lindum Group, said: “We are really pleased to be working with YMCA Lincolnshire, which is dedicated to improving the lives of some of Lincolnshire’s most disadvantaged people.

“This partnership is the result of a solid working relationship which goes back many years – in fact, in 1989 Lindum actually built the building which is to be redeveloped.

“We look forward to continuing this relationship and to supporting the work of this valuable charity in any way we can.”

Caroline Killeavy, Chief Executive at YMCA Lincolnshire, said: “We are delighted to announce Lindum Group as contractors for The Nomad Centre, and we are excited to welcome them to the site later this month.

“The new centre will replace the current Nomad Shelter on Monks Road, providing vital support services and emergency accommodation under one roof. We have taken care to listen to feedback, designing the new centre in such a way that it will ensure the dignity and privacy of everyone who uses it in the future.”

The latest statistics recorded that the number of rough sleepers in Lincolnshire rose 225% between 2010 and 2018. Between October 2017 and October 2018 more than 260 people accessed the Nomad Shelter in Lincoln.

People accessing the new centre will be given support accessing a range of services including help finding alternative and more permanent accommodation, medical care, and support for addiction and mental health.

Along with support services the centre will also include a community hub on the ground floor, including vital kitchen facilities providing three hot meals a day, toilets and shower rooms, and consulting rooms.

Caroline Killeavy added: “We will continue to work collaboratively with organisations and local authorities in Lincoln, giving us the opportunity to bring essential wrap-around care to the most vulnerable people in Lincoln.

“Our aim is to support as many people as we can on their journey back to independence and we hope that The Nomad Centre will break down barriers that were previously preventing people accessing essential services.”