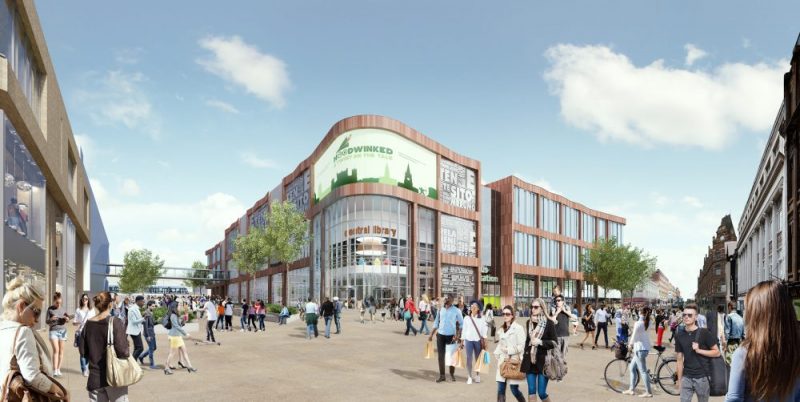 The proposal includes creating “Britain’s best children’s library and plans to ensure that the people of Nottingham can enjoy a Central Library fit for future generations.”

A public consultation has now been launched to seek people’s views on the proposal.

This would be a particularly suitable site as the revitalised Broadmarsh area includes the new Nottingham College City Hub. A new Central Library would also benefit from pedestrianised surrounding streets.

The alternative option from the council is to keep Central Library where it is. However, the structure of the existing library building on Angel Row restricts how the space can be used and upgrading it would be a multi-million pound project.

If the council sells and redevelops the Angel Row site, then a brand new Central Library could be purpose built at Broadmarsh for an estimated one-off net cost of about £3million.

Cllr Collins, Leader of Nottingham City Council, said: “We want to provide a bright, new Central Library. Nottingham is a UNESCO City of Literature. We have a rich literary heritage and children’s literacy is a big priority for us. We want our children to have access to books, learning, imagination and ideas. That’s why we’re ambitious to build Britain’s best children’s library as part of a new Central Library development.

“When the redevelopment of the Angel Row site was first proposed, we committed to consult on any plans and now we’re asking Nottingham people if they think a new Central Library is a good idea. We also want their views about what a future library should be like. We want to build Britain’s best children’s library, so we are also asking children to send us their designs for their dream library. I’m sure we’re going to get lots of creative ideas.”

No decision has yet been taken about whether or not to go ahead and create a new Central Library. The council is carrying out the public consultation, and will review the results, before deciding whether to develop the proposals further and submit a planning application in the autumn.

The consultation, running until 11pm on 16 September 2018, will ask if the City Council should take the opportunity of redeveloping the Broadmarsh Area to create a modern Central Library. As part of the public consultation children will be asked to ‘Design Your Dream Library’ with £10 book tokens being awarded for the most creative ideas.

A new, multi-year partnership between Mars and DHL will see the construction of two state of the art warehousing facilities and the creation of...
Read more
Finance

A new, multi-year partnership between Mars and DHL will see the construction of two state of the art warehousing facilities and the creation of...
Read more