Bennetts building in Ashbourne put up for sale 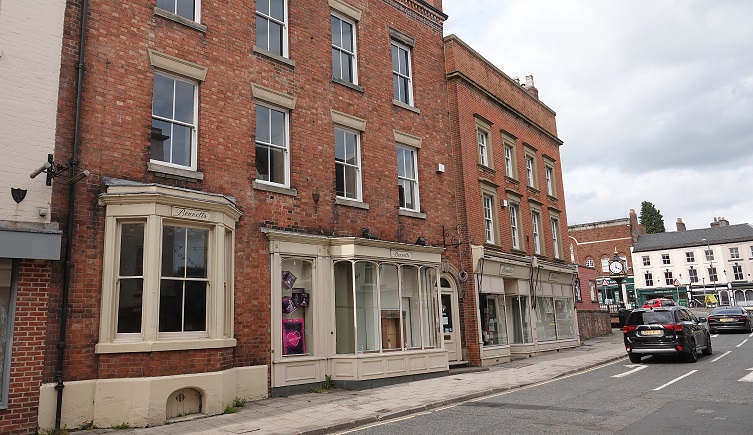 The former Bennetts store in Ashbourne has been put up for sale or further lease by its owner, the Midland pharmacist and retailer Peter Cook.

Mr Cook and his wife Sylvia ran the store until it was leased to Bennetts in 2000. The property has now been put on the market by Salloway Property Consultants.

Bennetts went into administration earlier this year and its rescue deal included its store on Iron Gate, Derby but not the property in St John Street, Ashbourne.

Steve Salloway, managing director of Salloway Property Consultants, said: “The property would be suitable for retail or leisure or could even be broken up for re-development.

“Currently, it comprises of retail and ancillary accommodation, including a staff and mess room, catering kitchens and office arranged over four storeys.

“There is an attractive open staircase in the middle of the property which connects to different floor levels.”

The store was originally a pharmacy, founded by Robert Baker, the ‘chemist and druggist’ during the reign of King George III and went on to be renowned for potions which were made for the Commonwealth from its cellars.

It became a focal point of Ashbourne, especially during the heyday of Peter Cook.

Mr Cook said: “We had some great times in Ashbourne and were a central part of the community, running fashion shows and charity events, often with the co-operation of the JCB company.

“We met a lot of lovely people and long after we stopped running the store, we have had a wonderfully positive reaction to what we did.

“Now, it is up for sale, it will be interesting to see what the reaction is.

“It could be part residential or it could go to one retailer, we will just have to see.”