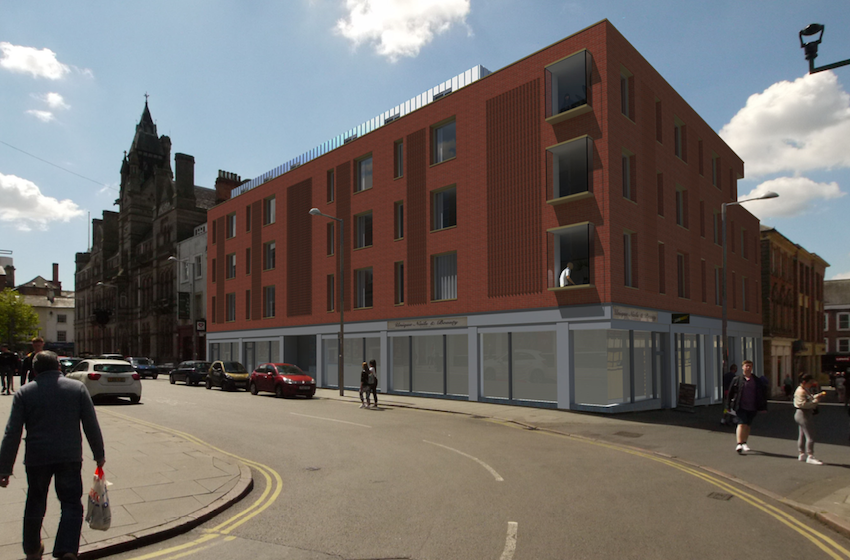 Plans from Crowndale Properties, for new student accommodation in Nottingham have been submitted to the City Council.

The plans for 11-13 Thurland Street would see the demolition of the existing two upper floors of the building and the construction of four new storeys to provide 42 student apartments. The existing ground floor shop units would be retained and refurbished.

A planning statement submitted to the council reads: “The proposed development enhances the ‘street scape, local environment, townscape and character of the area’ in principle by replacing the existing building which has a negative effect on the area and historic assets locally with a more sensitive, appropriate building (DE1 a).

“Poorly proportioned overall and in elevational composition, the existing building is sympathetic to neither the closer grain of the urban fabric of historic Lincoln Street and beyond, nor to the more open, larger scale of Thurland Street. Largely an exercise in economic, engineering led construction, it has no sympathy with any existing architectural expression locally, nor is it of any merit in itself such that it makes a worthy ‘departure’ building.

“The proposed development, while contemporary in styling, respects the local character and context.”