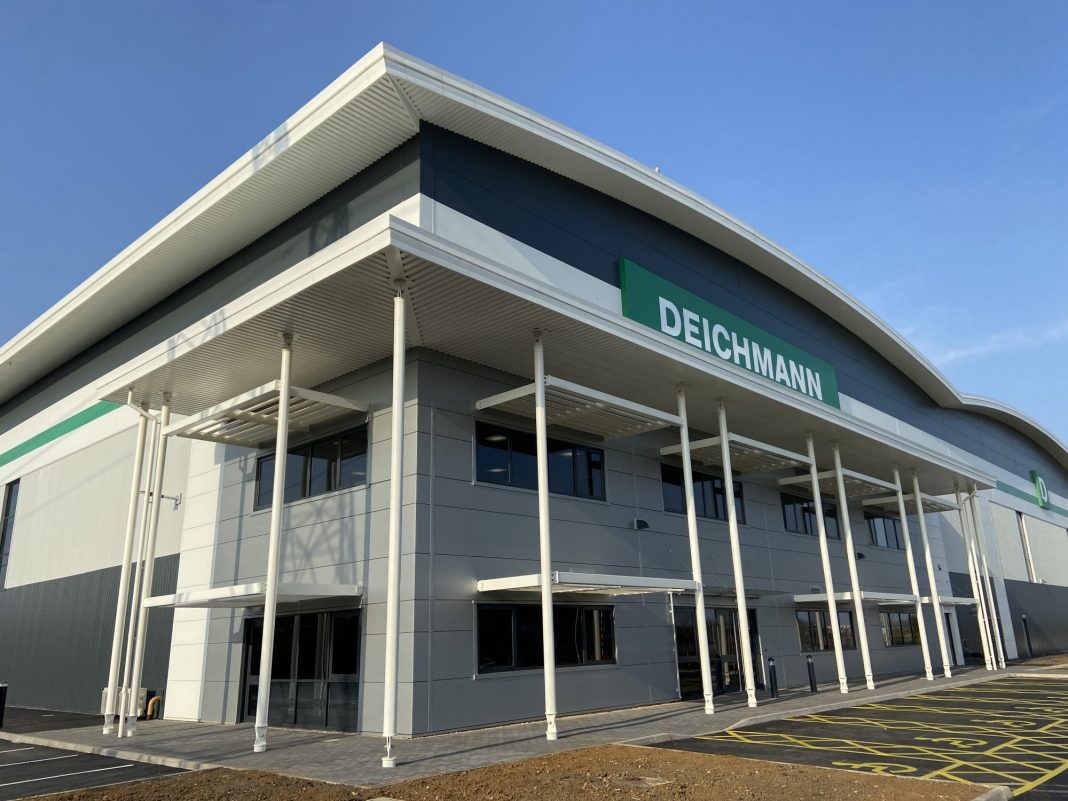 European shoe retailer Deichmann opened the doors of a new warehouse at Centrix Business Park on Phoenix Parkway in Corby earlier this month. The new warehouse is around 165,000 square foot in size, making it larger than Trafalgar Square in London.

The new warehouse will create 50 new jobs in the region and support Deichmann’s ongoing growth by improving service levels across the business, as well as giving the brand full autonomy to manage its inventory and logistics.

Samuel Deichmann, executive board member at Deichmann SE and chairman of the board of directors at Deichmann-UK Shoes Limited, said: “We are thrilled to open our brand new Corby warehouse. Deichmann is experiencing strong success both in our online growth and expansion of UK stores, the new warehouse will allow us to enhance our service and ensure we can keep pace.”

The company chose Corby as the site for the brand’s new UK distribution facility as a central location to the network of 120 UK stores and its proximity to the Deichmann head office, which is located in nearby Market Harborough.

The former brownfield site, owned and developed by Clowes Developments, provides the ideal home for the footwear retailer. Clowes Developments managed the development of the site which has been built on a former quarry which was later used as landfill for the steelworks. The land has been vacant since tipping on the site ended. Planning conditions meant the developers had to properly manage the heavily contaminated land by adhering to strict conditions to ensure it was safe to build on.

Deichmann have invested around £3 million into the facility, which took just under a year to complete and has the capacity to hold just over one million pairs of shoes. The building construction was led by Winvic Construction, the industrial ‘shed’ specialist.