£1.5m grant to secure future of The People’s Hall in Nottingham 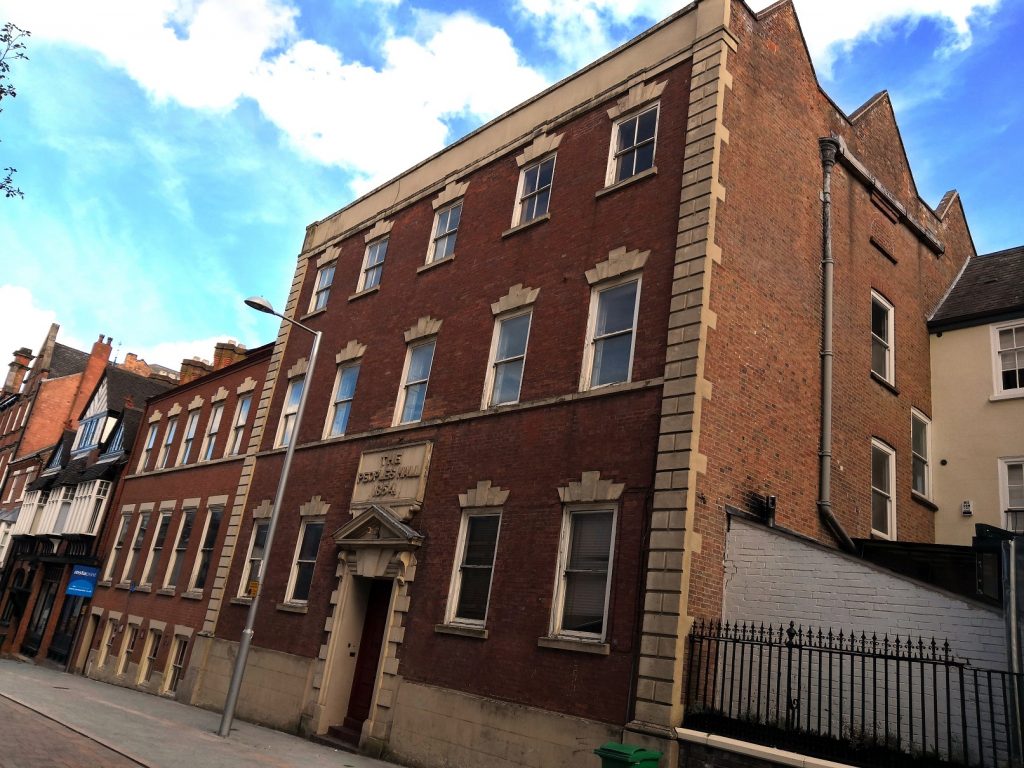 The National Lottery Heritage Fund has today (13 June 2019) announced a grant award of £1.5m to Nottingham City Council, which will help secure the future of The People’s Hall on Heathcoat Street in Nottingham.

The project has been developed to this stage thanks to funding from The National Lottery Heritage Fund and the Architectural Heritage Fund.

The funding will help towards building repairs and conversion into a business centre for small and medium-sized creative and digital businesses. It will also provide an opportunity for local people to get involved in the project and learn about heritage skills as well as discovering more about the building’s history through a series of activities.

Often being described as one of Nottingham hidden gems, The People’s Hall, which is located in a Lace Market conservation area and is on the Listed Buildings at Risk Register, is made up of two buildings, an 18thcentury townhouse and a 19th century Public Hall. It sits over three floors, with a basement, cellars and subterranean caves. Many of the building’s original features still remain, but are in poor condition and it is hoped that some features can be preserved and restored as part of the works.

The People’s Hall has a fascinating history and many stories about its past have already been uncovered, through a partnership between the City Council, Nottingham Trent University students and a Trust which is being set up to help save building.

Built in 1750, the hall was originally known as Morley House. It is one of the rare examples of an 18th century gentleman’s townhouse which was built by, and for, a woman – Ann Morley. Ann was an independent and successful businesswoman, and it is thought that the bricks used to build the house may have come from Ann’s own brickworks.

In 1843, The Nottingham School of Design, later to become Nottingham Trent University, first opened here to educate workers in the lace and textile industry and, in 1854, lace merchant George Gill established the People’s Hall Institute – a  ‘working-man’s hall’. It was at this point when the building was almost doubled in size and re-fronted.

During the 20th century the building was used by a variety of different groups, which included:

It‘s hoped that more of the building’s interesting past will be uncovered as part of the ongoing project.

Councillor Linda Woodings, Portfolio Holder for Planning, Housing and Heritage at Nottingham City Council, said: “We’re really proud of Nottingham’s heritage and have been working in partnership with local businesses and organisations for a number of years, to put plans in place to secure funding to help restore, preserve and bring back into use important historic buildings like The Peoples Hall.

“With thanks to grants like this from The National Lottery Heritage Fund, we’re able to help secure the buildings for future generations to come, and provide local people with the opportunity to explore and get involved with their local heritage.

“Heritage-led regeneration is also a great way to restore the city’s historic character, boost tourism and create jobs and training.”

This funding announcement is half of the total amount needed to complete the project and an application for the remaining funds is due to be announced soon.