Time Out: Kimberley Bloor, Head of Design at Blueprint Interiors 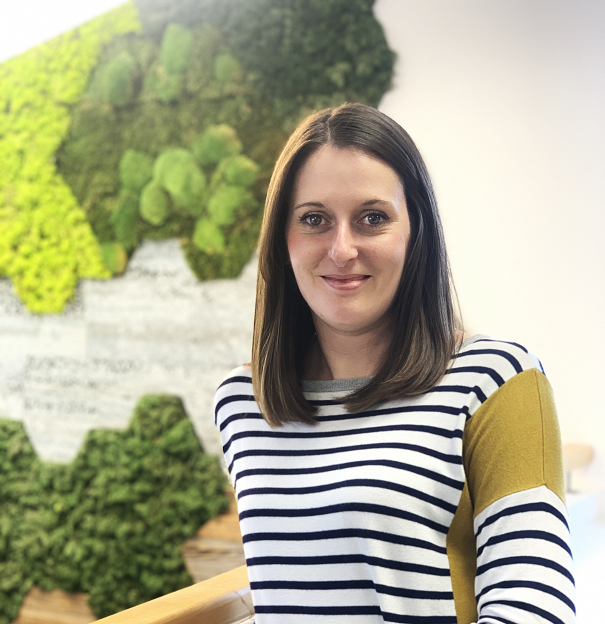 The weekend is almost upon us and that means it’s time for some quick fire questions. This week our ‘Time Out’ feature focuses on Kimberley Bloor, who is Head of Design for workplace consultancy and commercial office interior fit-out specialists Blueprint Interiors. Based in Ashby de la Zouch, Leicestershire, Kim works across the Midlands helping businesses create agile workspaces that inspire and motivate.

What is the first thing you do to get the weekend started?

We are a really close knit design team and so the last thing we do every Friday is to have a team catch up. For me this signals the ‘Friday feeling’ and then it just depends what I’m up to for the weekend – which will normally involve a glass of wine or a G&T !

What is your hobby?

I do lots of Pilates and Zumba, and before lockdown prevented it, I really enjoyed going to the theatre. My most recent favourite was seeing “Hamilton: An American Musical” in London. It’s a musical which tells the story of forgotten American Founding Father Alexander Hamilton and his ascent out of poverty and to power against the backdrop of the American War of Independence.

I’ve also been to lots of concerts and have been to Glastonbury a few times. Travel and exploring different countries is also a passion as I get lots of design inspiration from seeing other cultures. As a designer, naturally I also enjoy home DIY and over lockdown I needed to feel more inspired in my home office so I found myself adding a splash of colour, accessories and lots of planting around the house. I even converted an old pallet to create a very colourful outdoor plant display!

What is your favourite movie?

Hmmm, I get asked this question a lot but I still find it really hard to pick favourite movie. I go to the cinema often with my partner Stuart as he studied film and has a real interest in cinematography so I see a wide range of films. The last film I saw that really amazed me was ‘1917’. I found myself really engrossed in the action because of how they captured all the scenes. Due to it being filmed as one continuous shot I really felt like I was actually there on the journey with them!

If you hadn’t been successful at what you do, what would you be doing instead as a career?

I think I would have either been a teacher or, alternatively, I’ve always found advertising really fascinating.

If you could have any superpower what would it be?

What is your favourite genre of music?

I’m a bit of an allrounder with my music which is why I’ve seen quite a wide mixture of artists. If I had to choose though, I’d say more alternative indie.

If you could travel to any moment in time where would you go?

I recently watched a documentary on Laurel Canyon and how it became famous as a home to many of L.A.’s rock musicians. So I’d probably go back there! However, if I had my super power I’d travel back to loads of places all of the time in order to feed my need for inspirational design ideas!

Claim £1,000 in funding to support your recruitment, with the help of the University of Derby

We understand that this can be an uncertain time to recruit, and so to ease those concerns, the University of Derby can support Derbyshire...
Read more
Out Of Office