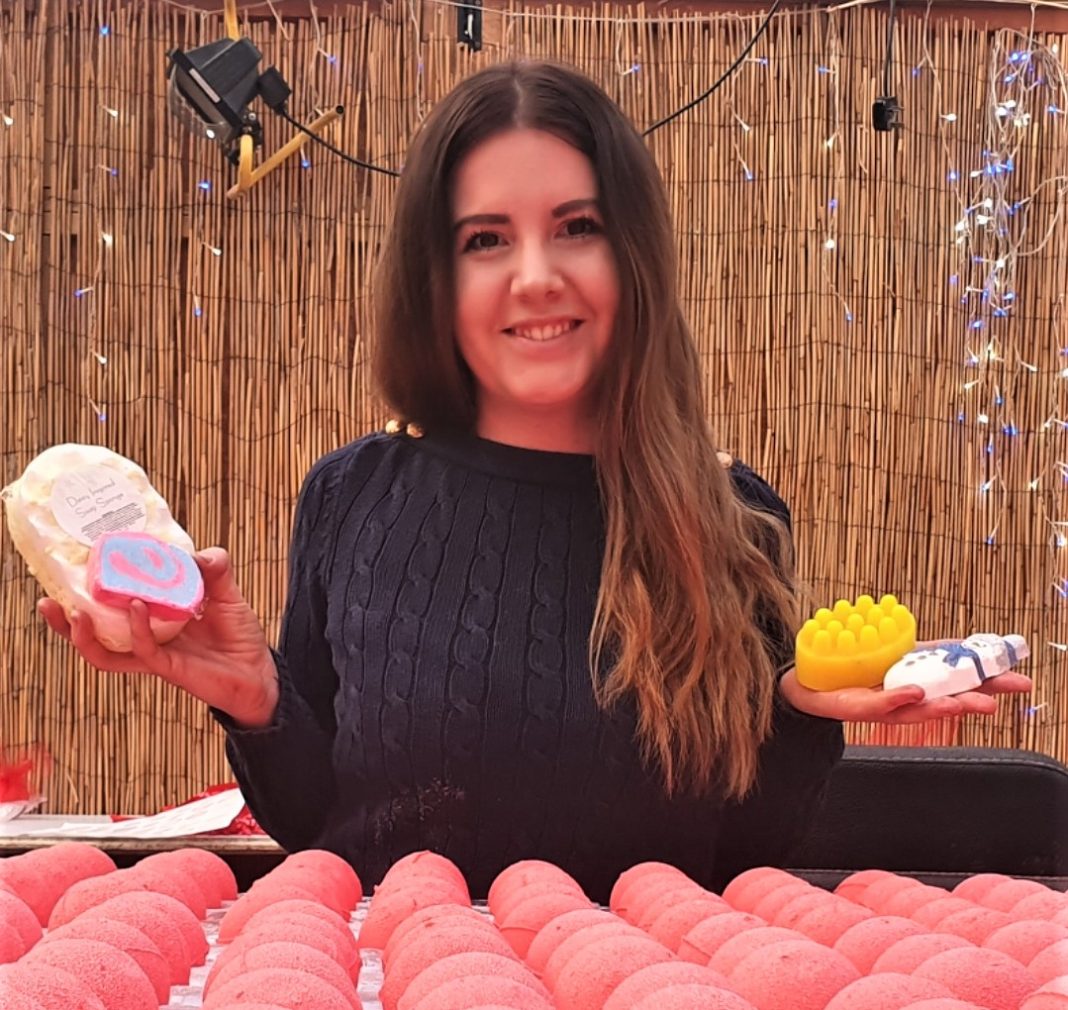 The weekend is just around the corner and that means another ‘Time Out’. This week Business Link talks to Danielle Dunn, who runs toiletries firm Divine Box.

What is the first thing you do to get the weekend started?

I work most weekends, but when I’m actually off, the first thing I do is have a nice shower and wash my hair, as I don’t have time during the week. It’s a real treat to get all fresh and put my make-up on, as I also don’t have time for that during the week. So, it’s great that I can actually have a pamper and some ‘me’ time, make myself look my best and embrace a bit of time off.

When I’m working, which tends to be three weekends out of a month, I just carry on as usual, which includes planning what I need to do, checking stock and printing off order forms, just the normal everyday tasks.

What is your hobby?

I always say my job is my hobby, because I don’t really have time for one. But my husband and I now have three dogs and they take up quite a lot of time. We already had two and then recently bought a new puppy, so we now have three Old English Bulldogs called Cody, Stella and Vinnie.

My partner can’t walk them on his own, so I have to walk with him, which gets me out of the house and enjoying some fresh air. Usually I’m stuck inside working away, but having three dogs forces me to go out, which I’m really starting to enjoy.

Also, now that we’re allowed to, I love going to a beer garden and being able to sit outside and relax.

What is your favourite movie?

I really like horror and disaster films. I haven’t particularly got a favourite film, although I did recently enjoy watching ‘End of Days’ starring Arnold Schwarznegger. Also, my favourite comedy is Step Brothers, as it’s absolutely hilarious.

If you hadn’t been successful at what you do, what would you be doing instead as a career?

I would definitely still be in the care industry – I was 16 when I started and I worked my way up to teaching it. Had I stayed in the industry, I would have probably carried on working my way up, perhaps to become a home manager.

I wouldn’t have left the industry for anyone other than what I’m doing now. I do miss it, but I know I can still make people happy through Divine Box, so I’m able to get the same job satisfaction as before.

If you could have any superpower what would it be?

It definitely wouldn’t be flying, because I’m scared of heights. I think I’d like to be invisible and play tricks on people, such as moving objects about. I swear people do this to me, although most of the time it’s probably my own fault and I’ve just forgotten where I’ve put stuff. But yes, being invisible and playing practical jokes on people, or scaring them, would be fun.

What is your favourite genre of music?

Definitely nineties R&B because that’s what I always used to listen to at high school, so I enjoy listening to it now. I am partial to lots of genres, like pop and techno, so I can be a bit scatty when it comes to my taste in music, but my absolute favourites are the old-school tunes, as you just don’t get anything quite like them anymore.

If you could travel to any moment in time where would you go?

I’d probably go back to when I was younger when I still had family members, who are sadly no longer here. So maybe something like a family party, so I could reunite with my lost loved ones.

National Awards the Next Stop for High-Flying Grantham Business