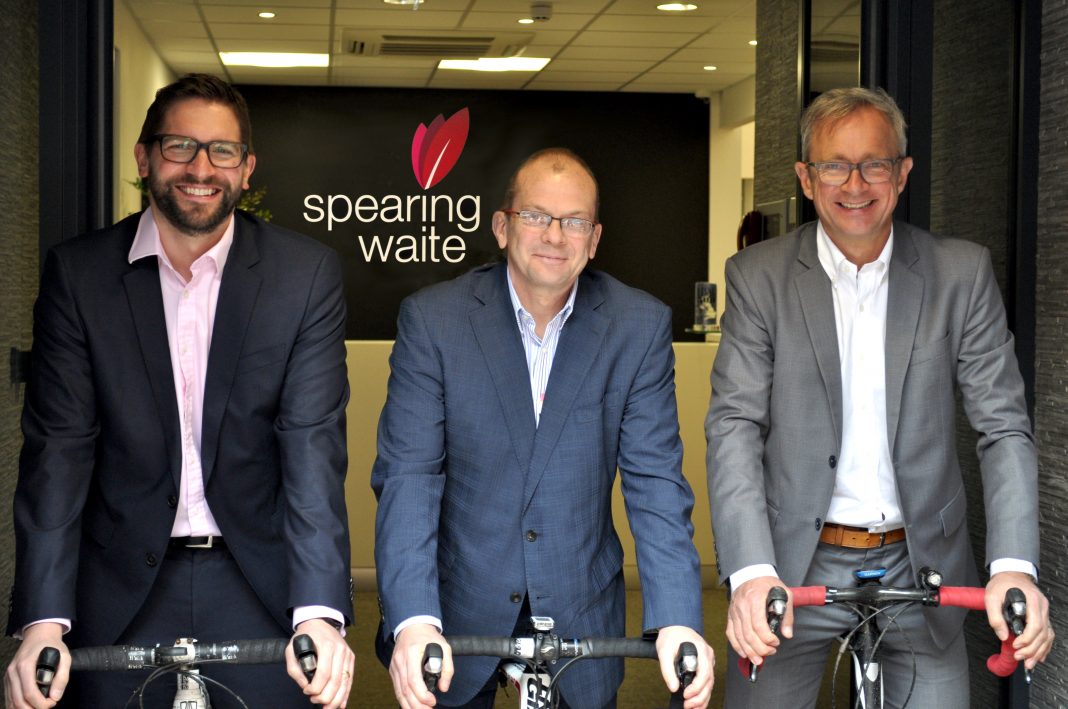 More than 200 cyclists are expected to take part in a charity challenge in a bid to raise £10,000 for LOROS.

The Charity Cycling Sportive event, which is being organised by Leicester law firm Spearing Waite, with support from Tugby-based Café Ventoux, has already attracted 70 people keen to get on their bikes for charity.

Every year, LOROS Hospice cares for more than 2,500 people across Leicester, Leicestershire and Rutland. The charity provides free, high-quality, compassionate care and support to terminally ill adult patients, their family and carers.

The cycle ride takes place on Thursday June 7. There are two races on the day, one covering 25 miles and for the more ambitious cyclists, a 75-mile route is also being planned.

There will be a ‘grand depart’, where cyclists set off in groups of 10, between 11am and 1pm on the day, the idea being that cyclists will finish more or less at the same time to allow for networking afterwards.

For those who like a challenge – there will be a competitive element to the ride.

Spearing Waite senior partner Tom Bower hopes the cycling challenge will attract cyclists from all industry sectors across the East Midlands and beyond.

Tom said: “This is a great opportunity to give yourself a fitness goal and help raise funds for one of Leicestershire’s most deserving charities. You do not have to be particularly fit or own an expensive racing bike. It is all about a willingness to take part to help raise money for charity.”

In a bid to reach the fundraising target, individual entry tickets cost £100 or £350 for teams of four. The entry fee includes a cycling shirt and the choice of a hog roast or vegetarian feast at Café Ventoux for everyone who takes part.

Various sponsorship packages are also available to businesses looking to raise their profile and align with a good cause.

Tom added: “We will hold a prize giving ceremony at the end and there will be lots of time for networking while everyone catches their breath and tucks in to the delicious food. We hope to attract up to 200 cyclists, so as well as being an amazing charity event, we believe it will be one of the networking highlights of the business calendar.”