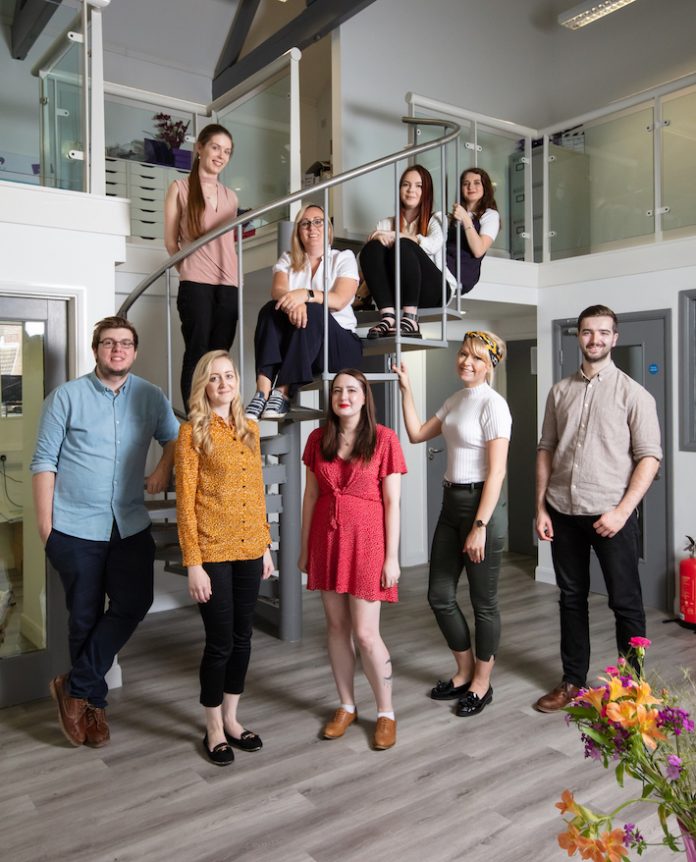 Lincoln-based Social Change UK has been nominated for the Drum Social Purpose Awards 2019 alongside campaigns for big name brands and charities including Dove, WWF, Mastercard, and the British Red Cross.

The annual awards “champion change” and aim to prove how a powerful marketing campaign can transform the world. To make the exclusive shortlist, entries needed to “drive forward socially responsible marketing and brand purpose.”

Social Change has been shortlisted for the Campaign of the Year: Not-for-Profit category for their ‘Your Sexual Health Matters’ campaign for Derbyshire Community Health Services NHS Trust (DCHS). The campaign – dubbed “Jiggle, Wiggle” by the media – encouraged Derbyshire residents to take care of their sexual health and reached more than a million people during its three-month run.

The county-wide campaign ran from January to April 2019 and combined in-depth research with humour and eye-catching creative. The target audience was hard to reach groups, in particular vulnerable adults, residents over-35, young people who lack confidence, and people who fail to attend appointments – costing the NHS £125 at a time.

The campaign sparked a national debate after hitting headlines around the UK and appeared on Loose Women, Lorraine, and Have I Got News for You. The campaign also led to a huge spike in people ordering STI testing kits online.

Rachel Albanese, Marketing and Communications Officer for the DCHS, says: “This was a fantastic, innovative and brave campaign that just blew us away.

“Sexual health is a sensitive and sometimes taboo topic and it is not easy to get important messages out there. The tongue in cheek, funny creative that was central to this campaign helped to open up important conversations about sex – especially in older people and as a result we have had amazing results.

“We love working with Social Change UK. They care as much as we do about promoting and developing strong, positive relationships and looking after your sexual health.”

Kelly Hunstone, Chief Executive of Social Change UK, says: “We are beyond excited to be a finalist at this year’s Drum Social Purpose Awards alongside some of the biggest agencies and campaigns in the world.

“I’m super proud of the team for all their award nominations this year and this just confirms to me that you don’t have to be a big agency with big budgets to create something special and reach millions of people with your message.”

This year’s judging panel featured experts from brand heavyweights including Lush, Unilever, Facebook and M&C Saatchi, and was chaired by Good Agency co-founder Reuben Turner. The winners will be announced in a black-tie ceremony at London’s Café de Paris on Wednesday 13th November 2019.