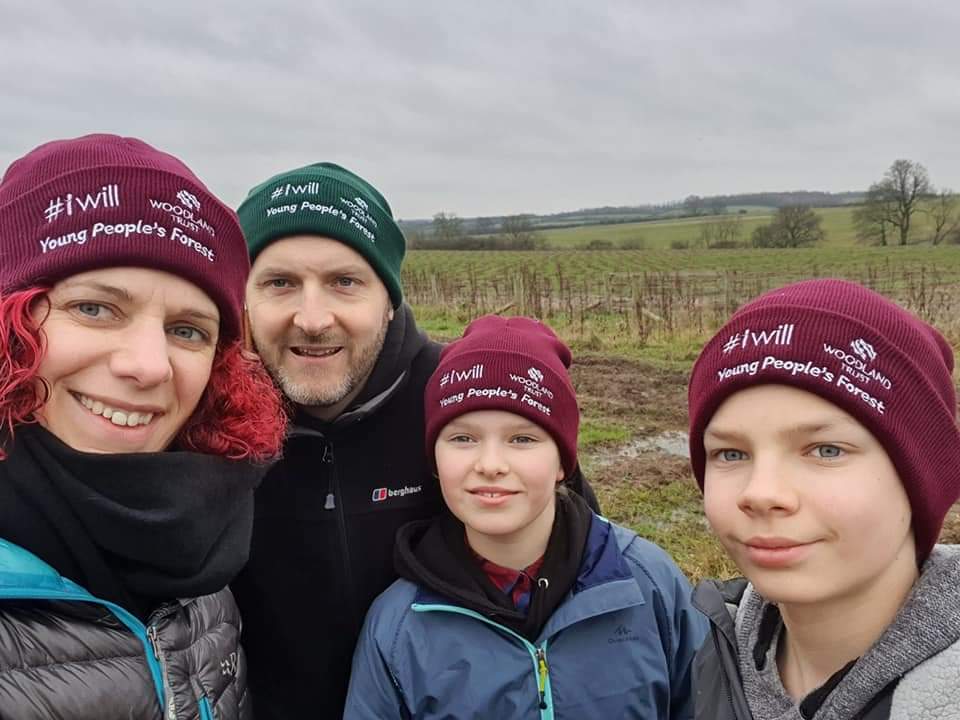 A Derbyshire IT manager who won a company prize for his sterling charity efforts over many years has donated the money to an inspiring forestry project near Smalley.

Tim Hollingshurst, EMEAI Network Services Manager at Lubrizol in Hazelwood, won the company’s Christine Sewell award, which is given annually for employees who go the extra mile in their communities.

Recipients then donate the cash to a charitable or community cause of their choice and Tim decided to give the prize money to support the Mead ‘Young People’s Forest’ in Heanor.

The Young People’s Forest, the first of its kind created in the UK, is set on a former opencast coal mine on land now owned by The Woodland Trust. Sited next to Shipley Country Park, just under two miles from the former American Adventure theme park – now being turned into a housing development – 156 acres of formerly industrial landscape are being given a greener future, including being planted with more than 250,000 trees.

The idea is that young people at the heart of the project, taking an active part, and learning about nature along the way.

Tim said it was tough to choose just one good cause but he opted for the forest scheme having planted trees there with his family and seen its inspiring work first hand.

He said: “I’ve always had a passion for forests and trees. Giving a donation to a project like this is really an investment in the future, I think. The Young People’s Forest at Mead ticks all the boxes for me.

“When I first heard about the project and saw they were creating this wonderful forest, I just thought it made sense to get involved.

“I loved planting trees at the Young People’s Forest with my family. We walk through that area and I’m going to see those trees grow. I’m pleased to have donated the money to the project. I love wildlife and all that goes with it, and it just made sense to put the money into this.”

Tim received the Christine Sewell award from Lubrizol for years of work in the community, including raising thousands of pounds for charity, running 1,000 miles in a year, and supporting hundreds of IT students at Derby College through mentorship, equipment and site visits.

He has also taken part in education projects elsewhere such as employability days at Heanor Gate Spencer Academy, and the Enterprise 4 Education initiative in Derby.

The Young People’s Forest at Mead is still fundraising to fulfil its vision for the project.