Porterbrook signs up to railway research and innovation network 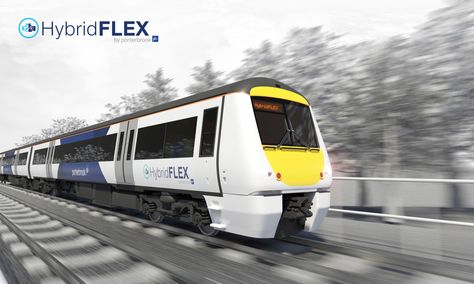 Porterbrook, the Derby railway rolling stock and associated equipment leasing company, has joined the UK Railway Research and Innovation Network (UKRRIN). UKRRIN is an organisation that promotes closer collaboration between industry and academia.

Porterbrook’s membership of UKRRIN was announced at the organisation’s Annual Conference, and builds on the company’s existing links with the University of Birmingham.

Porterbrook and the University of Birmingham are already working together on HydroFLEX, a full sized UK hydrogen powered passenger train that is planned to be demonstrated at RailLive in summer 2019.

The University of Birmingham and Porterbrook believe that their research and development partnership will also lead to commercial production of hydrogen powered trains, tailor made for the UK’s exacting loading gauge.

Mary Grant, CEO of Porterbrook, said: “I am particularly pleased that Porterbrook is able to join UKRRIN. Through our work on the HydroFLEX we know the quality of people and thinking to be found in British universities. We hope that we can complement that with a little commercial flair, so that the railway’s passengers can benefit from improved technology that delivers better journeys.”

Clive Roberts, Professor of Railway Systems at the University of Birmingham, said: “We are absolutely delighted to be welcoming Porterbrook into the UK Rail Research and Innovation Network. Their commitment to investing in UK rail R&D is great testament to the skills and knowledge we provide to industry.

“This is a strong statement of support and we are looking forward to working with Porterbrook on a number of exciting projects.” Launched in February 2018, UKRRIN is a partnership between the rail industry and nine leading UK Universities delivering four world-class Centres of Excellence.”