Nottingham PR and marketing firm kick off 12 months of giving 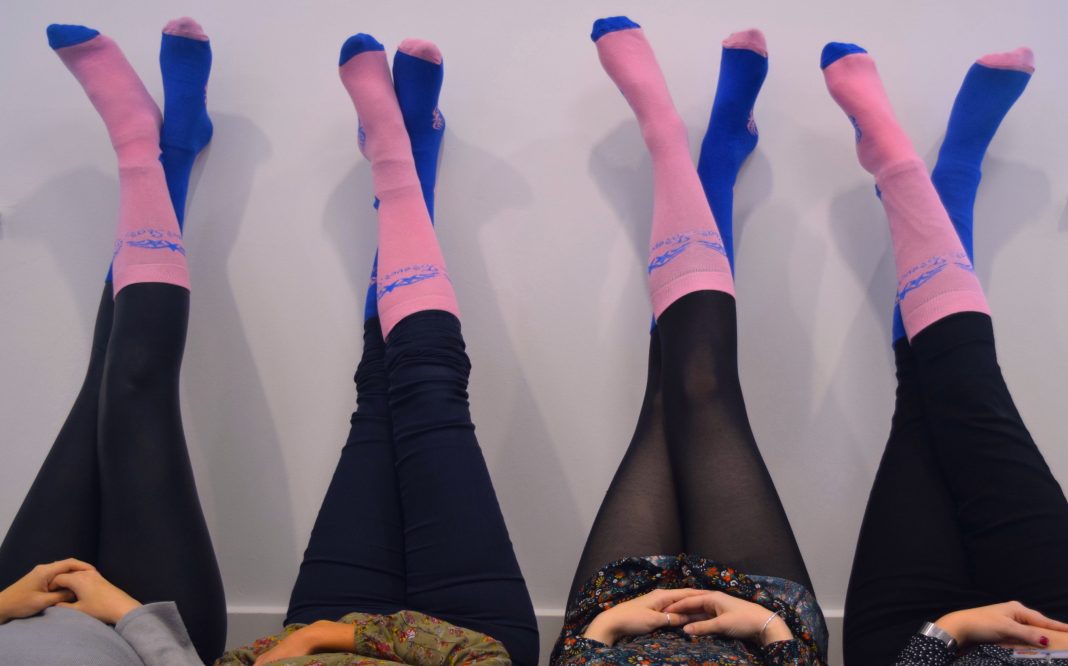 Nottingham-based marketing and PR agency, V Formation, has launched a new ‘12 months of giving’ campaign, to raise funds for a different local charity for each month over the coming year.

The agency, which recently moved into BioCity’s Discovery Building following a year of growth, is hoping to get fellow BioCity tenants, as well as its clients and contacts, involved in the charitable efforts too.

Kicking off this month, V Formation is raising money for Forever Stars, a Nottingham-based charity dedicated to supporting families who have suffered a stillbirth or infant loss.

The 9th to the 15th of October marks Baby Loss Awareness Week, which raises awareness about pregnancy and baby death in the UK. Every year, organisations in Nottingham join together to light up the city’s buildings in pink and blue, in recognition of this cause.

During October, V Formation will be selling the charity’s merchandise, which includes pink and blue socks, pin badges and wristbands, from its BioCity office. Marketing Consultant at V Formation and Forever Stars committee member, Jemma Taylor-Smith, will also attend the Forever Stars Pink and Blue Charity Ball on Friday 11 October at The Belfry Hotel, Nottingham.

“Following a successful year, we decided that we would really like to give back to the local community. As we are a small team, we thought we’d be able to make a greater impact by doing a little bit for lots of local charities,” V Formation Director, Hilary Campton, explains.

“Each month, a team member will select a charity they’d like to fundraise for. We are really pleased to kick off V Giving by backing Forever Stars – a charity that works tirelessly to support bereaved families in the local area.”

Founder of Forever Stars, Richard Daniels, adds: “We’re thrilled that V Formation has chosen to support Forever Stars this October as part of their ‘12 months of giving’. Funding is vital in enabling us to improve bereavement care for parents and families.

“As a charity, all of our projects are solely funded by the generosity of companies and individuals who wish for baby loss bereavement care to be the best it can possibly be for families in Nottingham and the East Midlands.”