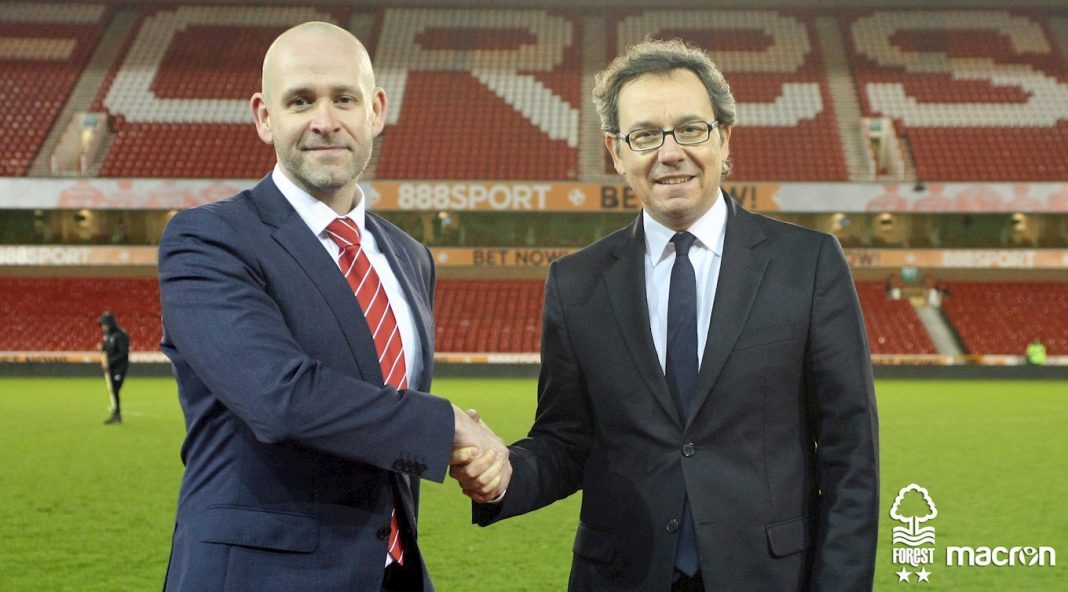 Nottingham Forest have announced the biggest sponsorship agreement in the club’s history with the news that Macron will become official kit and training wear partner from the start of the 2018-19 season.

Macron, which has its Global Headquarters in Bologna, Italy, is continuously strengthening its reputation as a major player in the technical sportswear market having recently risen to third place in the UEFA technical sponsorship rankings. In recent years, the brand has formed partnerships with some of Europe’s leading clubs, including Lazio, Sporting Lisbon, Nice and Real Sociedad. Nottingham Forest will now join the brand as a tier-one club.

As well as the significant financial benefit to the club, the long-term partnership with Macron will see a fully bespoke range of playing kits and training wear created. This is the first time Forest fans will benefit from a technical kit partner, supplying such a tailored range of apparel.

David Cook, Chief Commercial Officer at Nottingham Forest, says: “This announcement represents a landmark moment for Nottingham Forest. Firstly, the club have secured the biggest commercial deal in their history, which will allow for investment on and off the pitch. In addition to this the fans will, for the first time ever, benefit from a totally bespoke range of kits and apparel.

“The club are delighted with the commitment Macron has shown to the project at Nottingham Forest and we look forward to working with the brand over the coming years.”

Roberto Casolari, Sports Marketing Director of Macron, adds: “Counting Nottingham Forest among our teams means Macron is partnering with one of the most successful clubs in the history of English football.

“The project we want to achieve with them is very much tied to its tradition and the passion of its fans. The fact that there is some Italian influence in the origins of Nottingham Forest, and in particular the colour of their jersey, excites us even more to create a collection that can be worn with pride by both players and fans.”

The new partnership between Nottingham Forest and Macron will commence on 1st June 2018, with new home and away kits being unveiled during the summer. There will also be a special edition third kit launched prior to the start of the 2018-19 season.