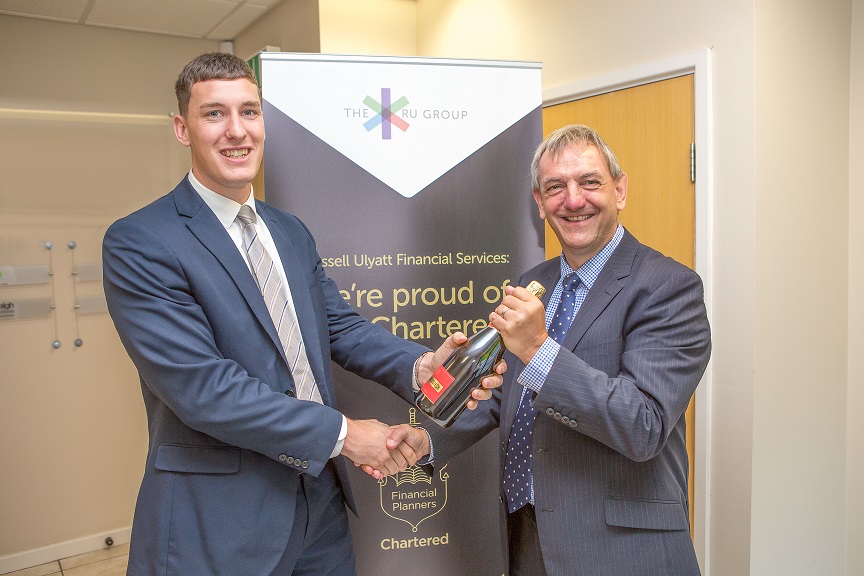 Financial Planner Ben Slater, now 23, joined Midlands financial services firm The RU Group, straight from college in 2013 as an apprentice. Aged only 18, Ben began a professional development journey which enabled him to obtain the necessary qualifications whilst also benefiting from practical, on the job, training. Starting in client servicing administration and working for the last few years as a Paraplanner, Ben has now achieved his ambition of becoming a Chartered Financial Planner by the age of 23, the equivalent of an honours level degree.

In 2018, Ben received the ‘High Achiever of the Year’ award from the CII, proving Nottingham Institute president Juliet Williams right when she said of Ben: “His cashflow planning is second to none in the company and his technical understanding allows him to pass on key knowledge to his colleagues. There is no doubt that Ben will soon be one of the industry’s youngest Chartered Financial Planners.”

Within the sector this QFC level 6 award is recognised as a prestigious qualification, a benchmark of quality and ethical practice which reflects the pursuit of the highest professional standards. Ben believes that more young people should consider this route to a career within the financial services industry saying: “Many people feel that they need a degree to be successful within the financial services sector, but this isn’t always the case.  For me, starting out my career as an apprentice was definitely the right choice.

“It’s allowed me to get first-hand experience in my chosen career, study for and pass the necessary exams and gain a real understanding of the industry from the ground up. I have now achieved my ambition of becoming a Chartered Financial Planner through hard work, determination and the support of an organisation that really believes in developing its people to their full potential.”

Ian Browne, Head of Advice for The RU Group, believes Ben’s strong motivation and his appetite for learning is at the heart of his success, commenting: “Ben’s positive attitude and commitment since he joined us as an apprentice has made him a real asset to our team and a great role model. The culture of learning within The RU Group inspires everyone to be the best we can in our roles and we are immensely proud of everything he’s achieved.

“Apprenticeships within the financial services sector are often overlooked, but Ben’s success shows that it is possible to thrive within the sector without a degree.”