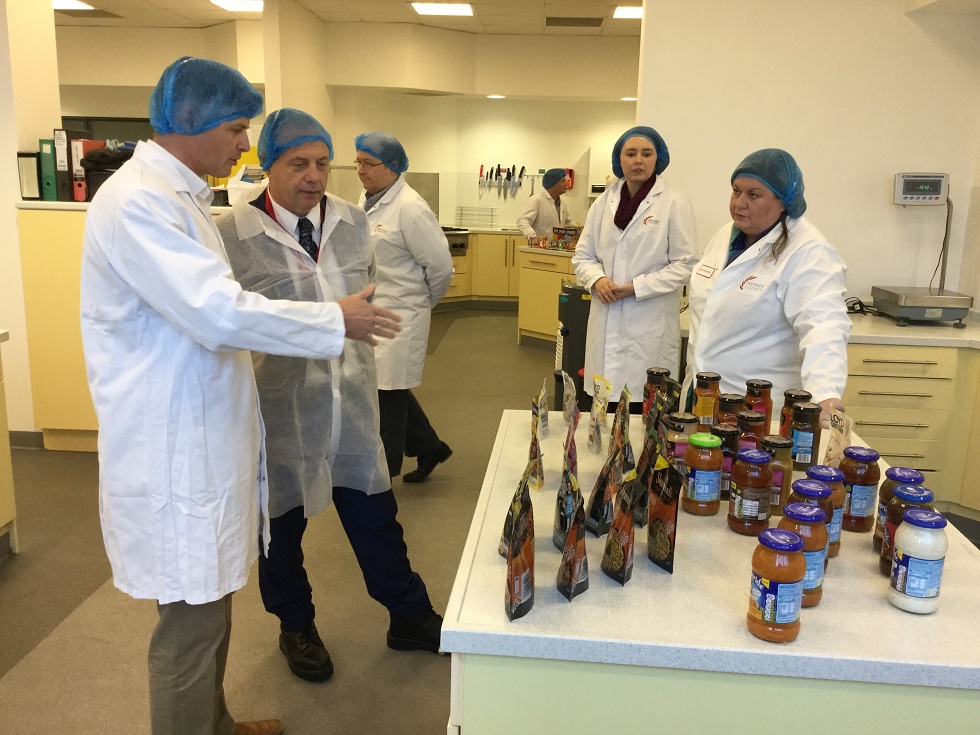 John Mann MP paid a visit on Friday to Premier Foods’ Worksop Grocery R&D centre to congratulate colleagues on winning the prestigious Food and Drink Federation (FDF) Reformulation Award for their work on Homepride Pasta Bakes and Cooking Sauces. The award recognised the significant work undertaken to increase vegetable content and decrease sugar and salt content across the Homepride range whilst still delivering the taste and value people expect from the brand.

Whilst at the site, Mann met with the team responsible for the creation of the healthier sauces, led by David Evans, as well as tasting many of the new products in the development kitchens. He also had the opportunity to meet other members of the Premier Foods R&D team who have been recognised by the FDF at the recent awards: Geraldine Garbett, who received a highly commended merit award as a “Rising Star” and Anthony Warner who was nominated for his efforts to enhance cooking skills in the local community.

Mann said: “I congratulate the team at Premier Foods for their efforts in working to help encourage healthier choices through product reformulation, and it was fascinating better understand the science behind the process. The obesity challenge is something that not only affects our constituency but the whole of the UK, and it’s important that businesses like Premier play a key role”.

Fiona Dunleavey, R&D director for Premier Foods’ Grocery division, added: “We were delighted to host Mr Mann to highlight the work we do at our R&D centre here in Worksop. As one of the leading UK food manufacturers, we have an active role to play in helping our consumers make healthier choices, so we’re extremely proud to have been recognised by the FDF for our achievements. Pasta bake and cooking sauces are a staple in many homes, and we were able to transform them to not only reduce salt and sugar levels but also offer the added benefit of extra vegetables that will ultimately contribute to one of the ‘five a day’ targets for families”.