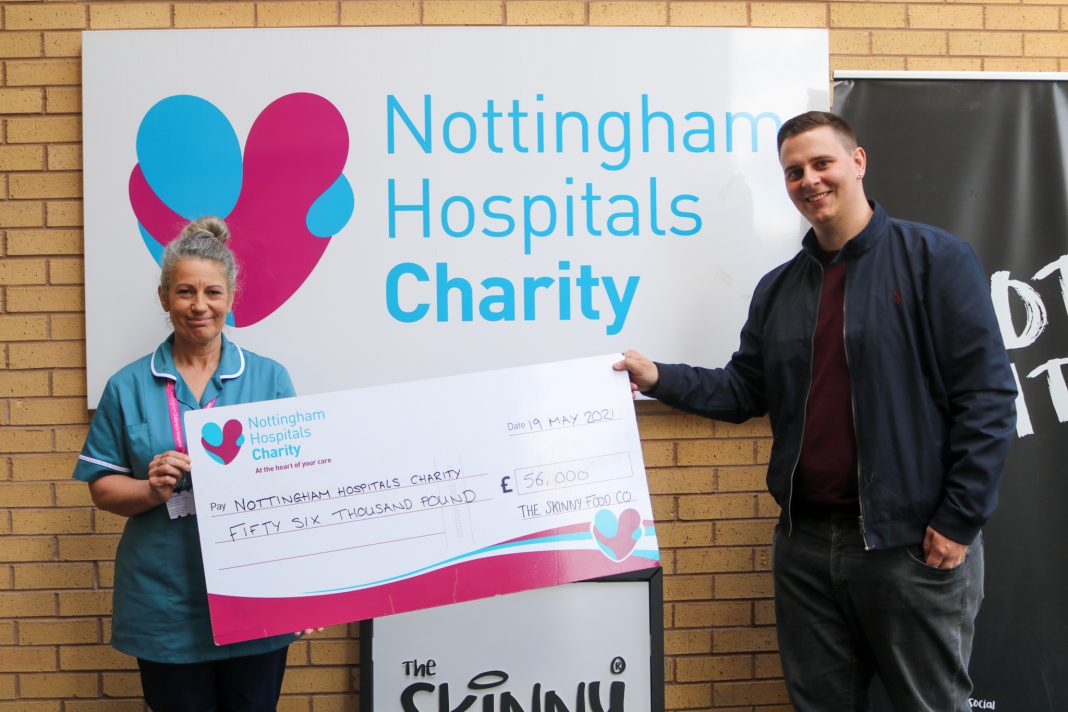 Thanks to its customers choosing to ‘round-up’ their transactions by making a donation to Nottingham Hospitals Charity, the company were this week able to present a cheque for £56,000.

The charity is a cause particularly close to James’ heart, after his daughter Evie was treated on the Neonatal Unit at Nottingham City Hospital last December, when she was born 12 weeks premature. Thanks to the care she received at the hospital, Evie is now a happy and healthy five-month-old.

Nottingham Hospitals Charity’s Chief Executive, Barbara Cathcart, said: “We’d like to give our sincere thanks to The Skinny Food Co and all its customers for raising this truly remarkable amount of money for Nottingham’s hospitals. The staff and patients at our hospitals have had an extremely difficult year, and it means so much to see a local company supporting its local NHS in this way.

“The money raised will make a huge amount of difference to patients and staff at our hospitals, by helping to fund added extras such as specialist equipment and enhanced facilities, which would otherwise not be possible.”

James Whiting, Co-Founder of The Skinny Food Co, said: It’s a great honour to be able to raise so much money in a short amount of time for Nottingham Hospitals Charity. The work they do is fantastic and the money will be helpful in many different departments.

“Having been on the receiving end of what they do, I am very happy to reward their efforts for all the help and support that was provided to me and my family at such a challenging time on the Neonatal ward. It’s an absolute pleasure and we are very pleased to be giving into the local community.”