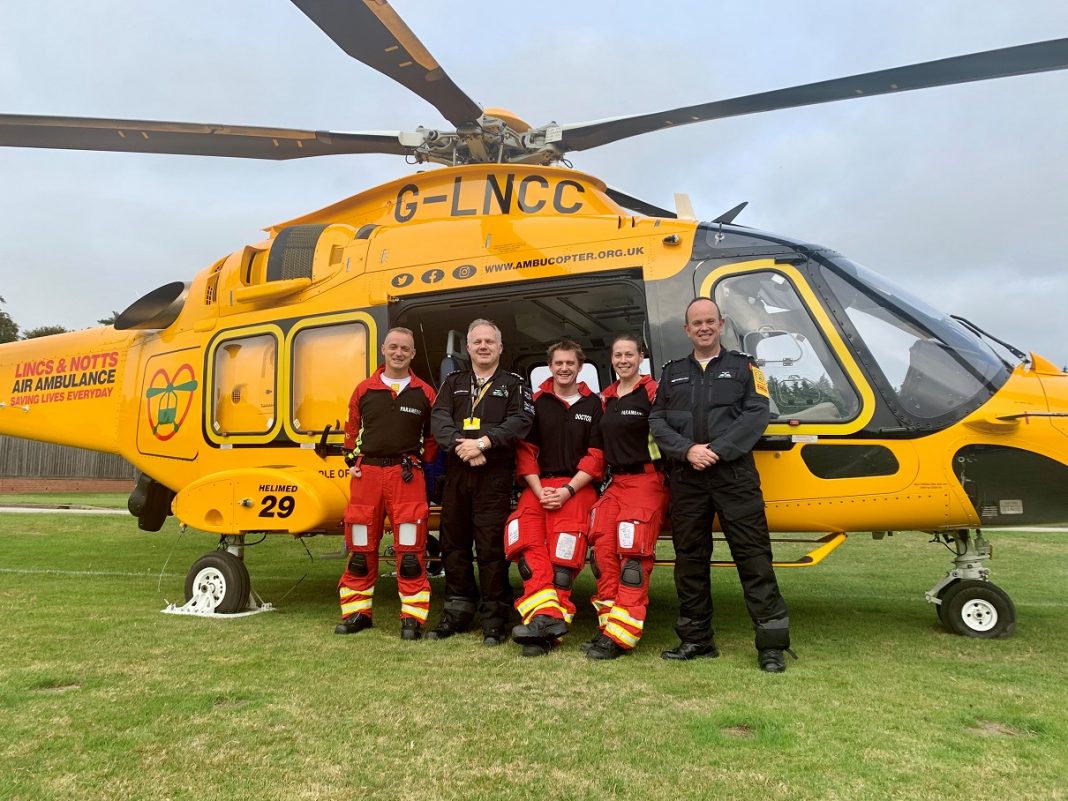 A lot has happened at LNAA this year, from moving to a new headquarters to upgrading the helicopter, the charity hasn’t stood still through what has been a monumental year of change.

CEO Karen Jobling said: “Just like many other charities, we went into 2021 not knowing what to expect. We had projects that were underway before the first lock-down so we had to dig in and keep going on those fronts, keeping in mind that they were all foundations for the future of the charity. This is what has enabled us to reach more patients this year.”

The addition of a second helicopter in the summer came in response to an anticipated surge in visitors to the Lincolnshire coast as lock-down measures eased. This contributed to the rise in call-outs as it became the busiest summer the charity had ever had.

Throughout the year additional, highly skilled doctors and paramedics have joined LNAA with some travelling from Aberdeen, Kent and even Lisbon to be part of a team that is leading the way in this specialist sector. This meant that by September, crews were able to respond day and night using a mix of the helicopter and critical care cars.

The charity teams and crew moved into a new, purpose-built headquarters in Lincoln – HEMS (Helicopter Emergency Medical Service) Way – in the summer and celebrated the official opening in September when HRH The Earl of Wessex, officially opened the building. The clinical and aviation operation had formerly been based at RAF Waddington with the staff situated in Bracebridge Heath, so the development of HEMS Way gave everyone the opportunity to be under one roof for the first time.

Another stride in clinical care came with the introduction of blood plasma. Blood was already carried on board but plasma was added because it is the component of blood that helps it to clot – integral to the care given at the scene of a traumatic incident, anywhere within the 3,500sq miles LNAA covers.

“Our crews continue to be out there and, just like their NHS colleagues, they are dealing with the added pressure and complexity the spread of Covid brings, said Karen. The only difference is that we are there purely because of the generous donations we receive from our communities.

She added: “We are so pleased that we have been able to be there for more patients in 2021. Of course, with each mission costing on average £3,500, it comes at a cost. It is only because of the generosity of our supporters that more patients have been helped by a crew with the highest skills and standards in pre-hospital care. Everyone here at LNAA would like to send all of our wonderful supporters our whole-hearted thanks.”

Visit www.ambucopter.org.uk/donate to help save lives.