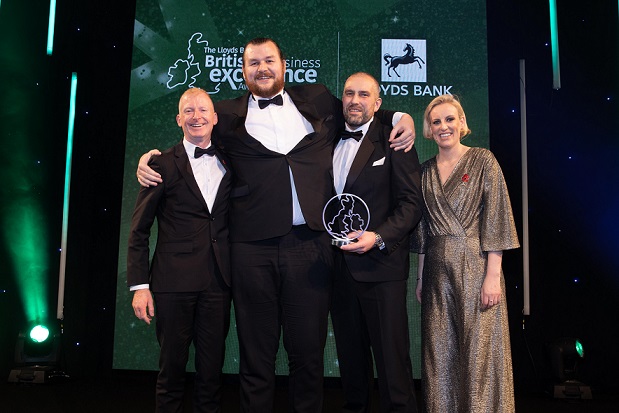 Leicester-based Your Tender Team has won the Local Business Of The Year award at the Lloyds Bank British Business Excellence Awards.

The awards were ran nationwide and were shortlisted to twelve finalists in the category. An awards evening took place at the Grosvenor House Hotel in London on the 9th November where Your Tender Team were crowned winners.

Your Tender Team is a bid writing company. Over the last 3-years they’ve won over £500m worth of tenders for clients in the East Midlands alone across a range of different sectors.

On the night, Your Tender Team representatives James Kent and Nathan Littler were there to collect the award. James Kent, director of Your Tender Team, said: “It’s an honour to win the award against stiff competition in our category.

“It’s great to be awarded as the Lloyds Bank Local Business Of The Year and be recognised for the difference we make to our local area. These awards demonstrate the importance small to medium sized businesses have on their local areas and how much of a part they play in the UK economy in general.”