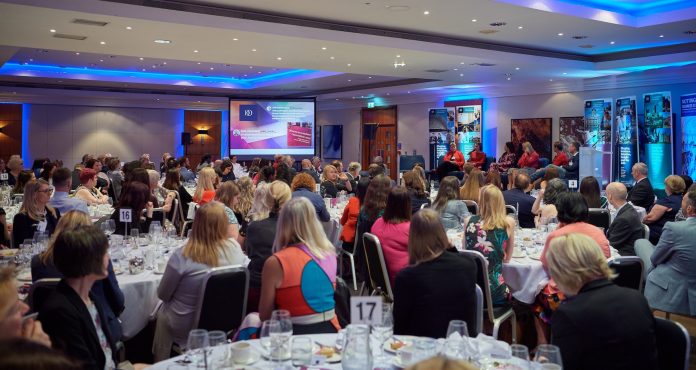 The Institute of Directors (IoD) East Midlands Diversity in Leadership Annual Convention is to be addressed by IoD chair Charlotte Valeur.

Charlotte will be the keynote speaker at the convention on 27 March 2020 at the Crowne Plaza Nottingham.

The event is open to IoD members and non-members and will also feature a panel discussion about diversity in business, particularly in senior leadership positions.

Charlotte joined the IoD as chair in 2018. She founded Board Apprentice, a not-for-profit organisation that provides individuals with hands-on experience at the top of business including working with a board and learning the dynamics and responsibilities of being a director.

The Diversity in Leadership Convention will be hosted by East Midlands IoD ambassador for diversity Carole Harvey. Carole is a business mentor and coach with Vistage International and has spent more than 30 years in business with mostly all-male leadership teams.

The panel discussion will feature Mark Esho, last year’s IoD Director of the Year, Inclusivity for the East Midlands. Mark will share his inspirational story – he contracted the polio virus as a child and has gone on to develop a successful academic and business career.

Joining Mark on the panel is Lieutenant Colonel Tim Petransky, an Army reservist who has served in Kosovo, Northern Ireland, Iraq and Afghanistan. Since December 2017 he has been the Army’s lead for national civil engagement with Ethnic Minority communities.

IoD East Midlands regional director Natalie Sykes said: “The IoD is committed to increasing the diversity of boards in the private, public and third sectors and supporting those aspiring to senior leadership positions.

“The convention will focus on diversity and inclusion as a whole, the progress made within the workplace and the gaps that still need to be filled. Diverse boards have shown themselves to be more creative. Bringing wider and more varied experiences to the table makes for a more effective decision-making body.”

The Diversity in Leadership Convention takes place on 27 March, 12 noon to 4pm with lunch included. To book your place, go to: https://www.iod.com/events-community/events/event-details/eventdateid/18557

30th March 2020
Two female students from West Park School, in Spondon, Derby, went against the grain to learn the tricks of the building trade, as part...

University of Leicester contributes essentials and equipment to NHS