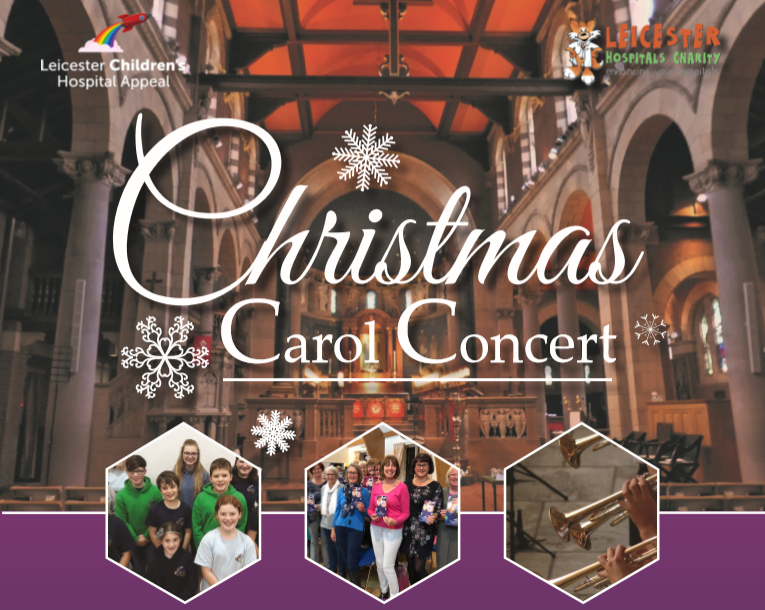 The East Midlands is the only region in England without a dedicated children’s hospital and the children’s services at Leicester’s Hospitals are among the busiest in the country.

The aim is to raise £7.5m in order to move and transform the current children’s services and create a state-of-the-art children’s hospital based at the Leicester Royal Infirmary.

To date the Leicester Children’s Hospital Appeal has raised £4.1m of its intended target with its next money raising event planned to bring Christmas cheer.

On Wednesday 11th December a Christmas Carol Concert will be held from 7.00-9.00pm at The Church of St James The Greater in Leicester. The event features the Kibworth Ladies Choir, Highs and Lows Leicester Children’s Diabetes Choir, 3M Quartet and more.

Local property expert Andrew Granger & Co Ltd has supported the Christmas Carol Concert by donating £500 to cover the cost of the drink included with each ticket sold.

Andrew Granger said: “We were only too happy to donate towards this event. Christmas is a very poignant time of year and what a lovely opportunity to get in the festive spirit whilst raising money for such a good cause at the same time.

“The Leicester Children’s Hospital Appeal has done remarkably well with the amount of money it has raised so far and we hope that people continue to support their plans for the children’s hospital.”

“We’re delighted to be kicking off the Christmas period with our first ever Carol Concert in aid of our Leicester Children’s Hospital Appeal,” says Gareth.

“It’ll be a terrific event supporting a fantastic cause and we’re so grateful to have the support of Andrew Granger & Co who’ve kindly donated some festive cheer for all who attend.”

Harworth Group plc, a regenerator of land and property for development and investment, has received a resolution to grant planning consent for 300 new...
Read more
General News

A letter from Business Minister Nadhim Zahawi says there will be no special financial support from the Government for businesses in Leicester and the...
Read more
General News

Boots has revealed actions to address the impact of COVID-19 on the business, accelerating the Boots Transformation Plan. The plan includes a reorganisation of the...
Read more
Out Of Office

The Nottingham has revealed a raft of changes as it enters into a strategic alliance with Belvoir Group PLC. The alliance will see the closure...
Read more

Planning permission for a further 60-acre development at Dove Valley Park has been granted by the local authority. Phase one has already welcomed major names...
Read more
Property

Harworth Group plc, a regenerator of land and property for development and investment, has received a resolution to grant planning consent for 300 new...
Read more
General News

A letter from Business Minister Nadhim Zahawi says there will be no special financial support from the Government for businesses in Leicester and the...
Read more
General News

Boots has revealed actions to address the impact of COVID-19 on the business, accelerating the Boots Transformation Plan. The plan includes a reorganisation of the...
Read more