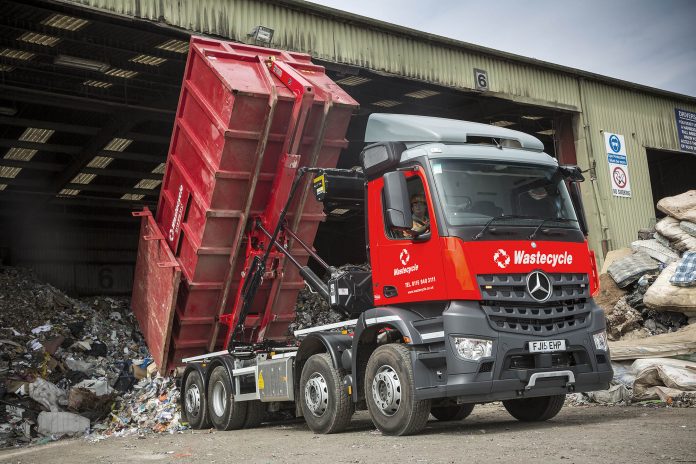 An East Midlands company has a national award in its sights after being shortlisted for a 2018 Excellence in Recycling and Waste Management Award.

Wastecycle, which has sites in Nottingham and Leicester, is nominated for Waste Transfer and Skip Hire Business of the Year.

The company, which celebrated its 20th birthday in March, transfers over 500,000 tonnes of commercial waste each year and hires out over 50,000 skips each year.

With over 97% of the waste it handles being recycled, Wastecycle is one of the country’s leading recycling and waste management companies, employing over 320 people at two sites, on Colwick Industrial Estate in Nottingham and in Wesley Street, Leicester.

Praising the variety of entries and ongoing enthusiasm in the sector, Mr Eminton, editor of letsrecycle.com said: “It’s great to see such an exciting and high standard of entries to this year’s Awards for Excellence. They show the innovation and drive of local authorities and businesses to promote reuse and zero waste and to increase recycling rates. Recycling is back on the agenda nationally and the judges were impressed by the valuable work being undertaken.”

This shortlisting comes weeks after Wastecycle was announced as a finalist at the prestigious National Recycling Awards in two categories – Health and Safety Initiative and Recycling Facility of the Year. Wastecycle will find out if has won the top prize in either of these categories in June.

Paul Clements, Commercial Director at Wastecycle, said: “It’s fantastic when your efforts are recognised and hopefully, all of the team’s hard work will be rewarded with an award next week and we will be able add another trophy to our cabinet.”