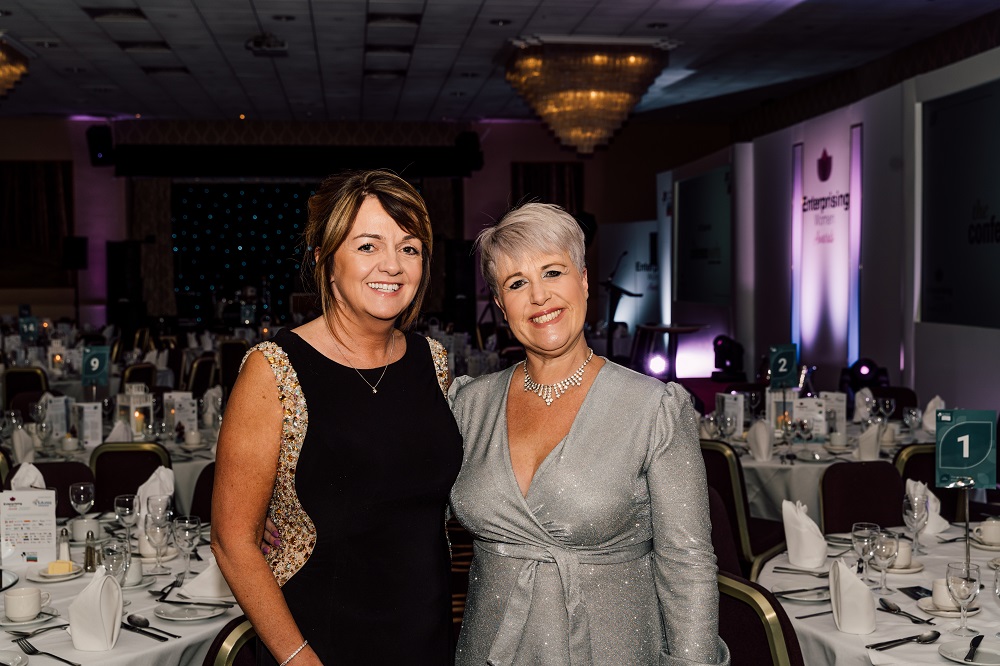 The co-founder of East Midlands Chamber’s Enterprising Women network has been recognised for her career achievements with a major award.

Jean Mountain was named the Businesswoman of the Year at the Nottinghamshire Live Women in Business Awards today (5 January).

She was commended for “fighting tooth and nail to break the glass ceiling” for other professional women via her work with the group, which celebrates its 25th anniversary this year.

Jean, who owns The Dressing Room boutique ladies’ clothes shop in Mansfield Woodhouse, said: “I am absolutely delighted to have won the Businesswoman of the Year award 2021 – it’s such a huge honour.

“I’ve dedicated my entire working life to being focused on collaborative networking with businesses especially in my home county, Nottinghamshire.

“As co-founder of the East Midlands Chamber Enterprising Women network, I truly believe in holding out a hand to the next person by helping each other to learn, grow and succeed.

“As I diversify through my businesses and grow my high street boutique, I’m proud to be recognised with this prestigious award.”

Jean has a long history of entrepreneurship over three decades after completing a business studies course at West Nottinghamshire College in the 1980s. She was aged 23 when she was first tasked with running a factory for The Supreme Rubber Stamp Company, based in Huthwaite, before going on to set up an accessories busines, become a silent partner for numerous companies and a director at a national print management firm.

Alongside her commercial activities, she has been heavily involved in the region’s business community. Initially joining the former Nottinghamshire Chamber of Commerce board of directors, she went on to become president of East Midlands Chamber in 2015/16 and chair of the Chamber’s Nottinghamshire members’ forum.

But it has been via the Enterprising Women network that Jean has had a profound impact on other professional women working across the East Midlands since it was set up in 1997.

She runs it alongside Eileen Richards MBE, the owner of Leicester-based ER Recruitment, and has grown it to a membership base of more than 500 people. It features regular networking events with guest speakers and an annual Enterprising Women Awards, which will be launched again this spring.

Eileen, who was East Midlands Chamber president until last month and remains a board member, said: “On behalf of the Enterprising Women network, I am absolutely delighted that Jean has been awarded with the Nottinghamshire Live Businesswoman of the Year accolade.

“Jean is a truly entrepreneurial spirit who manages businesses across a variety of sectors, and is an influential leader to both her employees and all of us who are part of the network.

“This award will mean the world to her and I know everyone in the network will agree just how much it is deserved.”