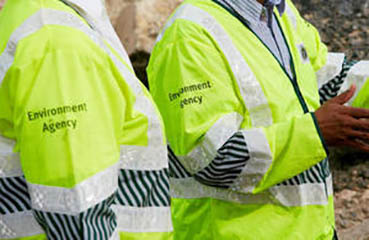 One of the directors of a recycling firm in Slack Lane, Derby that persistently breached its waste permit and caused the homes and businesses of neighbours to become filled with flies has been sentenced following a prosecution by the Environment Agency.

Warren Steele, a director of Shows Waste Management Ltd, was given a Community Order with a requirement to carry out 80 hours unpaid work. He was also ordered to pay £10,000 towards the prosecution costs in a case heard at Derby Crown Court on Tuesday 17 March 2020.

Between the summer of 2015 and the summer of 2016, the company operated in breach of its permit by storing excessive amounts of inappropriate waste, which caused an adverse effect on the quality of life of people living nearby and on local businesses in the form of black flies and bad odour.

Large amounts of Refuse Derived Fuel (RDF) waste was brought onto the site, shredded and stored in ways not permitted by their permit.

A request for a variation to the company’s permit to add RDF waste was turned down by the Environment Agency in October 2015. However, when officers visited the site they found the processing and storage of RDF had already begun. Other waste not permitted under the permit, including 200 tonnes of ground refrigerator foam in plastic bales, was also stored on site.

From November 2015 until April 2016, the Environment Agency received numerous reports of an increase in black flies in the area and complaints about odour.

On visiting the site, officers found that a number of permit restrictions had been breached: large numbers of baled RDF waste had been stored on site and were present for a number of weeks due to transport issues; there was shredding and trommelling of waste on site; and a large pile of waste steaming within the main building had been present for longer than the 48 hours allowed.

Officers worked with the operator of the site to ensure the bales of waste were removed and an insecticide would be used to combat the fly issue. A final visit by officers in August 2016 found all necessary waste had been removed and the site had been cleared.

Pete Haslock, Enforcement Team Leader at the Environment Agency, said: “We hope that this result will send a clear message to waste recycling operators that we will always take action to protect the environment and ensure that waste recycling companies are operating within their permit.

“Numerous breaches of the permit held by Shows Waste Management were carried out between 2015 and 2016, which resulted in significant fly infestations and had a considerable impact on the local community. We received a significant number of complaints regarding large numbers of flies entering residents’ houses and businesses as well as odours emanating from the site.

“We are actively targeting illegal waste activities across the country and urge all those seeking to become involved in the waste industry to ensure they have the appropriate permits and authorisations in place before commencing their operations.”

31st March 2020
An historic building on The Racecourse in Northampton could receive a new lease of life thanks to creative students from the town’s University. The white-rendered...