Derbyshire firms teams up to deliver a royal thank you 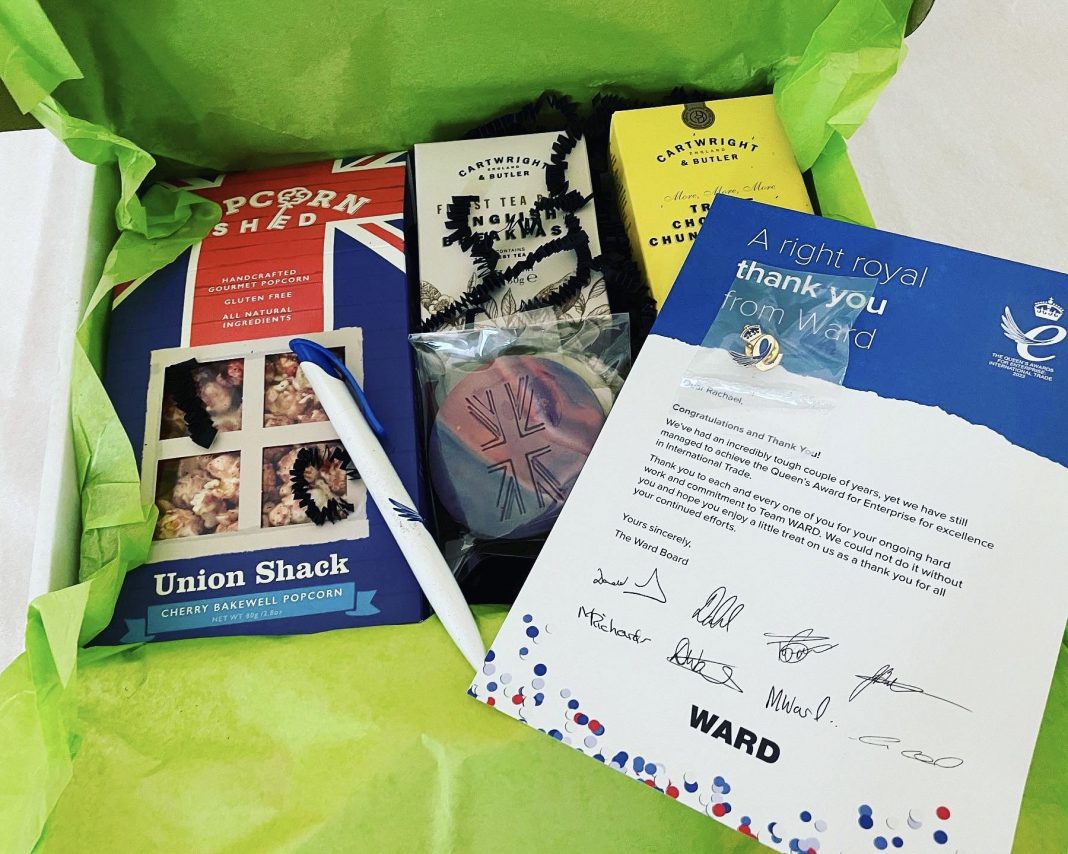 Fourth generation family business Ward wanted something extra special to thank the team for their efforts in achieving their recent Queen’s Award for Enterprise in International Trade in 2022. They turned to fellow Derbyshire company Colleague Box to ensure they nailed that personal touch perfectly.

Husband and wife team Adam and Natalie Bamford launched Derby-based gifting company, Colleague Box during lockdown in May 2020, with the aim of cheering up their colleagues during the pandemic. The boxes proved such a hit that they turned the venture into a full-time business that’s growing from strength to strength.

Ward worked with Adam and Natalie to produce over 400 bespoke ‘thank you boxes’ from the Ward Board. Each one was decked out in royal red, white and blue colours and included a letter of thanks from board members, a Queen’s Award pin badge and pen and some sweet treats for staff to enjoy over the Queen’s Platinum Jubilee weekend.

Donald Ward, operations director at Ward, said: “We’re very proud of the team’s efforts in helping us to achieve our recent accolade of the Queen’s Award for Excellence in International Trade. We wanted to thank them for their commitment and dedication to working at Ward.

“We felt that a special delivery over the Queen’s Platinum Jubilee celebrations would be the perfect gesture and were keen to work with Colleague Box to support a local business in their new venture. They did a fantastic job!”

“Being involved in thanking employees for earning the Queens Award is a huge honour for us and is yet another use for Colleague Box that is a first but hopefully not the last.”