Derby company “one of best places to work” in the UK 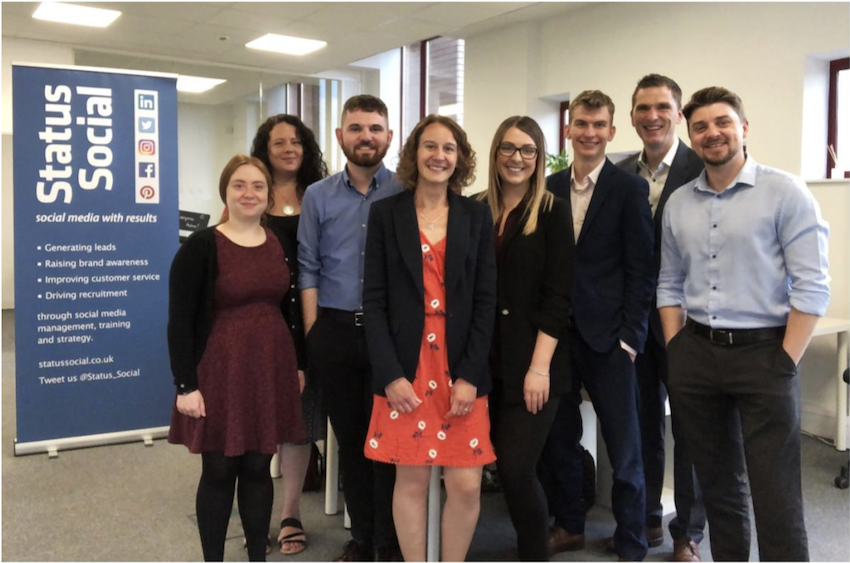 Status Social has been voted one of the best small businesses to work for in the UK.

The specialist social media agency was runner up in the small business category of the national Workplace Culture Awards.

In the final, which featured more than 100 other organisations, Status Social received more than 400 votes from clients, partners, suppliers and supporters who had witnessed the workplace culture in action.

Director Mark Saxby said he was humbled that so many people had voted for them.

“We have worked with more than 3000 people and have great relationships within the East Midlands business community, so, using our social media skills, we invited a lot of people to vote! But to have nearly 440 people take the time and effort to do so has blown us away!”

Status Social reached the final of the awards, sponsored by Perkbox, after being nominated by a member of the public.

Representatives from national businesses Boots, Centrica, Wilko and Experian have visited Status Social at its Cathedral Quarter HQ during the last few months to find out more about the way the company strictly according to its nine values.

Fellow director, Kerry Saxby, said the awards have already had a positive effect on the business.

“We’ve had a couple of people ask if they can work for us after seeing Status Social in the final, and a London digital agency wants to refer social media work to us.”

An R&D project spearheaded by the University of Nottingham that aims to establish the Midlands a “Supercluster for net zero transport” is among 17...
Read more
Property