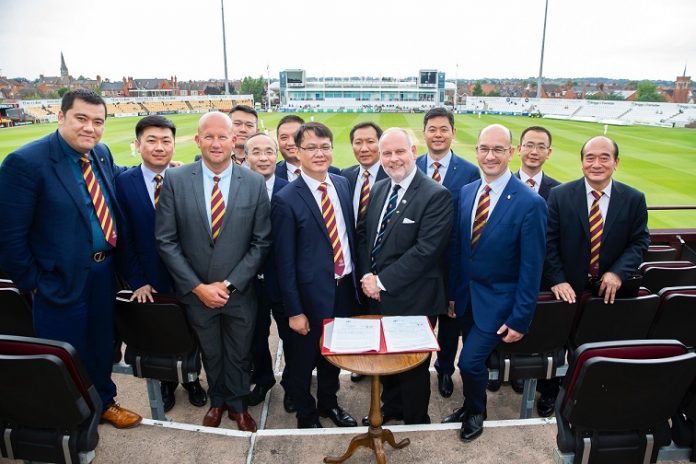 The visit follows a successful launch at Rockingham Castle earlier this year of an agreement with the Sino-British Trade Alliance to seek mutual trade opportunities via a gateway being created in Northampton.

“We know our friends from the Far East have a particular interest in the luxury footwear we’re renowned for here in Northampton, and the profusion of high-performance technology companies we also have in the area.”

The delegation also met with many companies in the ‘Super Cluster’ area around Silverstone during British Grand Prix week, including Delta Motorsport and RML.

And as part of their visit they met representatives from bespoke shoe manufacturer Tricker’s, a founder member of the Trade Alliance, and the British Footwear Association.

The luxury Footwear sector generates approximately £300m in retail sales each year to the Northamptonshire economy and international exports account for around 80 per cent of annual turnover.

Mr Zhang Wei, Deputy Executive Mayor for Tangshan, said: “We see this visit, and working with the Sino-British Trade Alliance, as a very important opportunity to grow our relationship together.

“We are fully committed to make the plans and agreements work. Other places have talked about doing business but have not delivered, we are already working together successfully.

“Our Chinese community in the United Kingdom is welcomed to Northampton, which is very important to us as we welcome British people and British companies to Tangshan City, China.”

Mr Andy Wang Chairman of the Sino-British Trade Alliance, said: “We have been working very hard together and the future for Northampton is bright and successful with the Trade Gateway.

“We are meeting with important companies in the area and have had a very strong welcome from the Lord-Lieutenant, David Laing, many members of parliament, Northampton Borough Council and Northamptonshire County Council. This is a good sign for real partnership.

“When I first started working on Sino-British relations I made a promise to do good work and bring business to the United Kingdom and China; this is happening.”

Tess Egginton - 23rd January 2020
A Leicestershire father and daughter are the first to sign up to a charity ballroom event to raise money for Hope Against Cancer and...

First Directors Lunch of the year a sold-out success